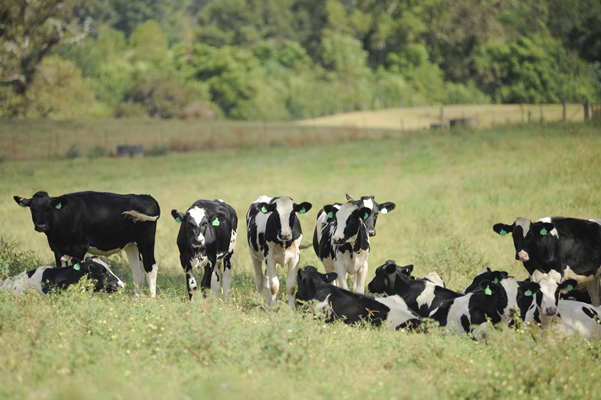 Dairy cows can graze on more than 800 acres at the LSU AgCenter Southeast Research Station in Franklinton. Photo by Olivia McClure/LSU AgCenter 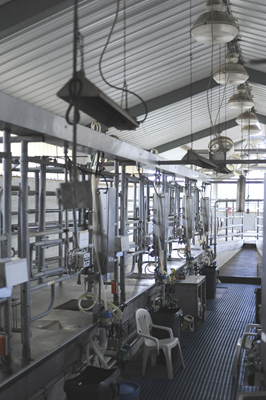 The LSU AgCenter Southeast Research Station has a modern, state-of-the-art milking parlor that is being renovated and updated with new technologies. Photo by Olivia McClure/LSU AgCenter

The LSU AgCenter Southeast Research Station has experimental lagoons that are used to manage waste and nutrients produced by its 300 cows. Photo by Olivia McClure/LSU AgCenter 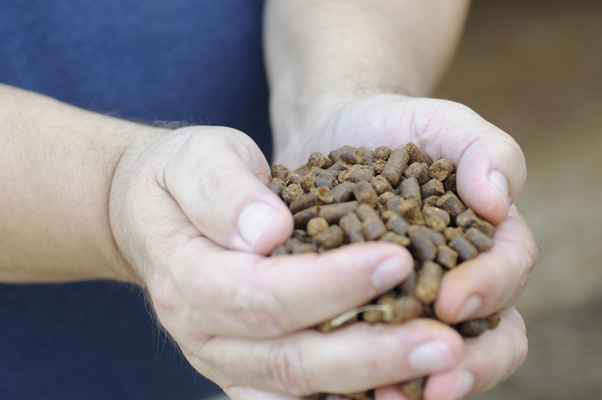 LSU AgCenter dairy specialist Charlie Hutchison holds one type of feed that is provided for cows at the Southeast Research Station. Photo by Olivia McClure/LSU AgCenter 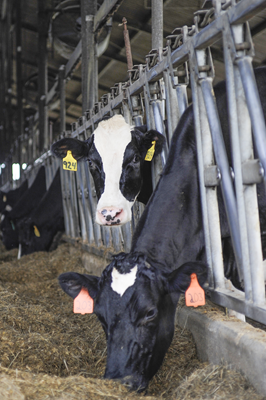 A cow peers from its stall while others eat at the LSU AgCenter Southeast Research Station. Photo by Olivia McClure/LSU AgCenter 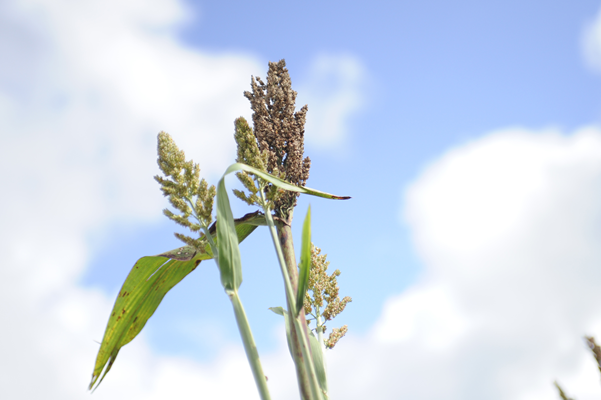 FRANKLINTON, La. – On 832 acres that stretch over softly sloped hills, black and white dairy cows graze in the sunshine and rest in the shade beneath huge trees.

Picturesque as it sounds, this isn’t a painting or a postcard.

Here, in the middle of Louisiana dairy country, the LSU AgCenter’s Southeast Research Station provides producers with the information they need to thrive. It’s a tall order because being a dairy farmer is a big commitment — far more involved than pulling up a milking stool to a cow a couple of times a day and occasionally pitching out some hay.

“It’s a 24/7, 365-days-a-year job,” said AgCenter dairy specialist Charlie Hutchison. “There is a lot of startup as far as land, cows and equipment, and it’s one of the most highly regulated industries.

“Every load of milk that leaves from a dairy farm is tested for antibiotics and pathogens before it reaches the consumer’s table,” Hutchison said.

That’s why work at the research station covers a lot of territory, from waste management and forage variety trials to extension outreach to farmers, Hutchison said.

It’s also one reason why dairy farms have steadily disappeared off Louisiana’s map. Just 14 years ago, in 2000, there were 434 dairy producers in Louisiana. There are now only 125 herds left, Hutchison said, with about 90 percent of them in the Florida parishes.

Hutchison said the average age of a Louisiana dairy farmer is over 60 years old. Fewer young people are taking over family dairy farms, he said, so they go out of business when the owner retires.

Even along the highway leading to Franklinton, many a small cement block milking parlor is out of commission, fading into thick patches of weeds. Louisiana’s dairy industry just isn’t what it used to be.

Costs have been rising faster than prices since the 1980s — a trajectory that seems to be continuing.

“There’s been some extreme economic times with low milk prices and extremely high feed prices,” Hutchison said. “It kind of came together as a perfect storm in 2009, and a lot of dairymen are still trying to recoup the equity they lost.”

However, the shrinking industry is no reason to stop innovating. The Southeast Research Station itself is proof. It is a state-of-the-art dairy operation outfitted with modern, cost-efficient equipment. Its milking parlor was built 12 years ago and is currently being updated with newer technology.

Dairy still annually contributes $131 million to Louisiana’s economy. Together, the 14,800 dairy cows that live in Louisiana produce 204 million pounds of milk, according to the AgCenter’s 2013 Ag Summary. Most of that milk is bottled for drinking, Hutchison said.

For today’s dairy farmers, the research station is a source of information that helps them survive in an increasingly difficult business climate.

Farmers need to know how to feed their cows to produce the best quality of milk. A lab opened at the station in 1982 to conduct nutrient analyses of forages and feed.

“Nobody can look out at a bale of hay and say how much protein and energy is in it,” Hutchison said. “They need to know exactly what’s in it to formulate a ration that’s balanced for milk production, health and reproduction.”

The forage lab moved in October to LSU’s Baton Rouge campus, but research at the station will continue with variety trials for ryegrass and oat forages. The Southeast Station also houses nutrition trials involving both lactating cows and replacement heifers.

The station has experimental lagoons used to manage waste and nutrients produced by its 300 cows. Lagoons are common on dairy farms, Hutchison said, but the ones at the station follow a unique two-step system.

Vinicius Moreira, a scientist at the station, is studying different types of aquatic plants that help remove phosphorus and pathogens from the lagoon water so it can be safely reused. At the station, the water is recycled to flush free stalls and the holding lot.

Further evidence of forward-thinking at the station are the test plots of sweet sorghum grown for biofuels research. Animal science students from LSU visit the station as part of their classes and can do internships in the summer, too.

“[Dairy is] still a very viable industry in this state as well as nationwide,” said Hutchison, who teaches a course in dairy cattle judging. “It’s a good career option for our students.”

There is a future for dairy in Louisiana, and the LSU AgCenter’s research and outreach are a vital part of it. 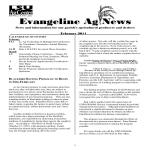