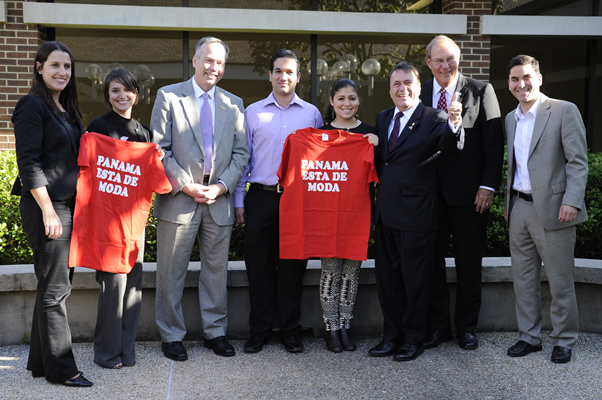 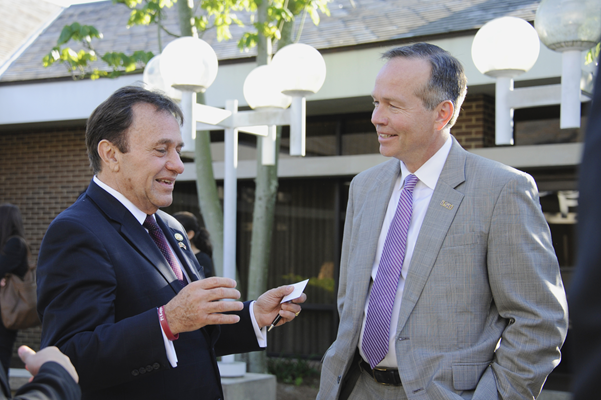 BATON ROUGE, La. – Panama's relationship with Louisiana could be key to economic and educational development in the Central American country, according to Mario Jaramillo, Panamanian ambassador to the United States.

Jaramillo visited LSU on April 15 to discuss higher education with administrators and Panamanian students. A 1969 graduate of LSU in business management, Jaramillo said increased cooperation with universities like LSU would help equip more Panamanians with internationally competitive skill sets as well as an understanding of how other countries do business.

Panama has undergone many changes in recent decades, Jaramillo said, which has placed new demands on the workforce.

"We are not only a country that has economic growth — we're also the highest in middle class growth," he said.

The opening of the Panama Canal in 1914 gave rise to a maritime sector that has grown significantly and attracted foreign businesses to the country. As a result, young people are more internationally minded and more likely to speak English than their elders, Jaramillo said.

Still, he said, Panama needs to improve in two areas: business ethics and education, particularly in the English language. With more international companies moving into the area, Panama must be able to meet the world economy's standards to succeed, he said.

Louisiana and Panama have many things in common, such as issues with wetlands, which Jaramillo believes are areas for cooperation and learning.

LSU President F. King Alexander said the university used to have a stronger relationship with Panama and other Central American countries, but it has been in decline since the 1970s. According to data from LSU's Office of International Programs, there are just 11 undergraduate students and five graduate students from Panama enrolled at LSU this semester.

It is important to revitalize ties between LSU and Panama, Alexander said, partly because America is changing demographically, and students should be exposed to the Spanish language more.

"We can either fight and resist this change that's inevitable, or we can open up doors and make it happen far more smoothly and prepare the next generation for a new-looking America," Alexander said.

Jaramillo said it is common for Panamanian undergraduates to study for two years at universities in Panama, then transfer to American universities to complete their degrees. The presence of those international students is beneficial, Alexander said, because LSU students need to engage with people from other countries in today's globalized world.

"These students are superb," Richardson said. "Nurturing our connections with countries like Panama allows us to recruit high-quality international students to LSU, where they have opportunities to study and work in unique environments, such as the LSU AgCenter’s research stations.”

Jose Brandao, a food science master's student from Panama, said it is important to enhance international linkages between universities. He earned his bachelor's degree from Zamorano Agricultural University in Honduras, which has many international students and frequently collaborates with the AgCenter.

"I love that the Panamanian government is looking to make more opportunities with LSU," Brandao said. "I feel that I got my opportunity to be here at LSU because I studied at Zamorano. I would like all Panamanian students to have the opportunity that I have because in Panama, there is a lot of need among people in agriculture."

Although agriculture was once a dominant industry in Panama, it today only accounts for about 4 percent of the country's gross domestic product (GDP). However, about 17 percent of Panamanians work in agriculture. Brandao said it is critical that his country becomes better versed in new technologies and agricultural practices to improve efficiency.

Exposing Panamanians to international businesses and universities can help accomplish that. Many Panamanian teachers come to the United States to study education, and the best lawyers in Panama come to Louisiana to study because both places have civil legal systems based on the Napoleonic code, as opposed to common law, which is practiced in the rest of the United States, Jaramillo said.

Becoming more educated overall is essential to Panama's success, he said, because its growing business climate has brought the world economy to its doorstep, and it must be able to compete.