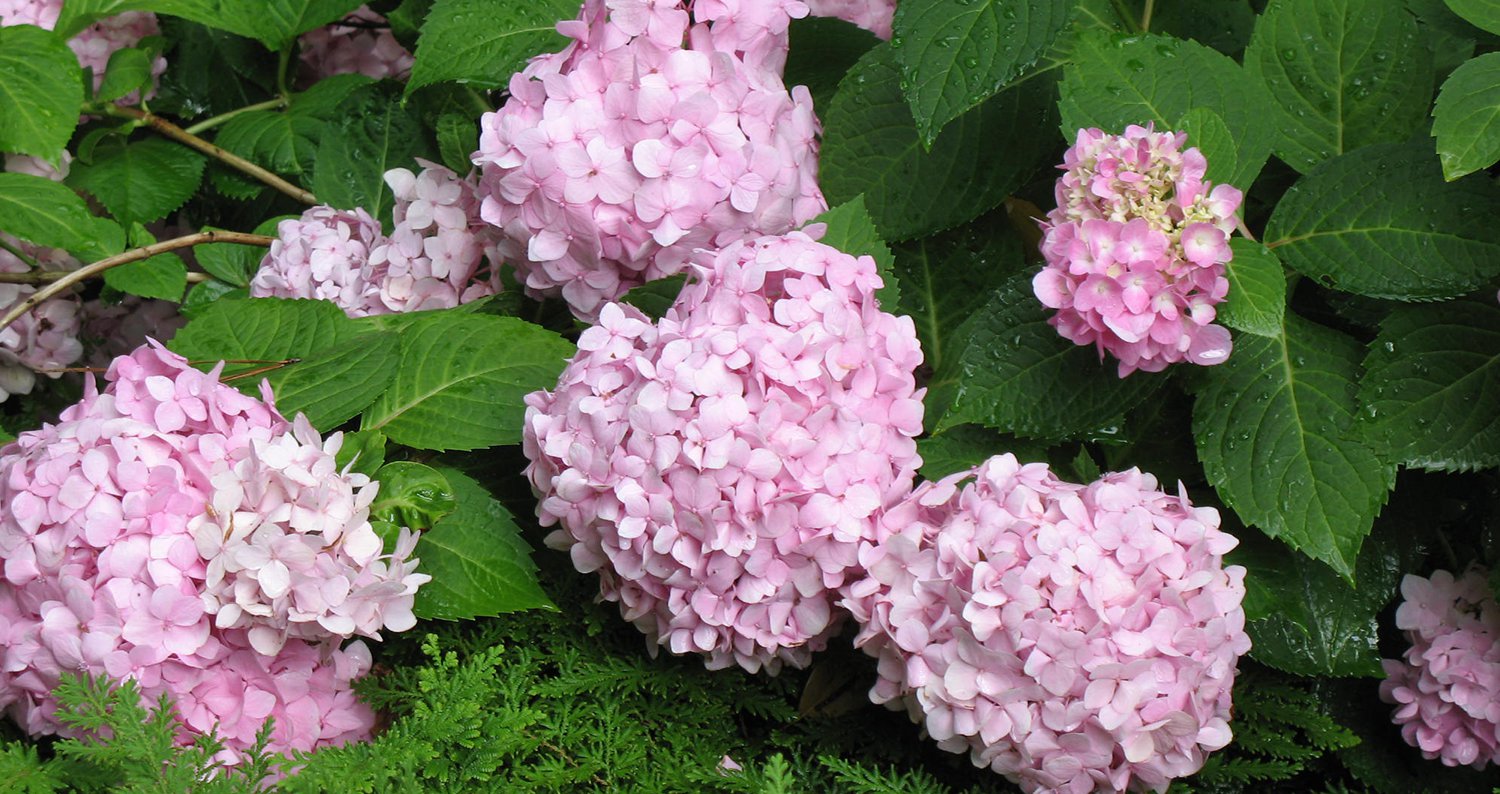 Hydrangeas have a long tradition of use in shady Southern gardens. From late April through July, huge flower heads of light pink, pink, rosy red, lavender, light blue, bluish purple and blends of those colors as well as white appear above the rich green leaves.

Garden hydrangeas (Hydrangea macrophylla) are native to Japan and are the most common type of hydrangeas grown in area gardens.

There has been a lot of interest in hydrangeas over the past 10 years or so. You can see that in the number of new varieties at the nursery each spring. One of the best of the newer varieties of the garden hydrangea – Penny Mac – has been named a Louisiana Super Plant selection for spring 2012.

The Penny Mac hydrangea (Hydrangea macrophylla Penny Mac) is named for Penny McHenry, who founded the American Hydrangea Society in 1994.

She received the original plant as a gift in 1975. Over the years she propagated, planted and shared this hydrangea that always seemed to perform and bloom especially well. In 2000 she gave specimens for evaluation to noted hydrangea expert Michael A. Dirr at the University of Georgia Department of Horticulture. He, in turn, was so impressed by its garden performance he brought this variety to the attention of the home gardener. It has grown in popularity ever since.

The Penny Mac hydrangea has performed well in trials throughout the southeastern United States and here in Louisiana. It is a vigorous, deciduous shrub that grows about 4 to 6 feet tall and about 3 to 4 feet wide. The foliage is a beautiful medium green. The large flower heads are of the mophead type – the most popular form of garden hydrangea.

Most garden hydrangeas set flower buds once in late summer, generally around July in our climate. These flower buds stay dormant on the plant over winter and spring and bloom in May. After those flower buds bloom, the blooming season finishes. The bushes don’t typically bloom again until the next year. (Although after the buds are set in July, some of the heads may bloom in late summer, providing a few off-season flowers.)

Penny Mac, however, belongs to a group of garden hydrangeas that set buds differently. Instead of blooming just in May, they set and bloom flowers all though the summer. They still set buds in July that produce the main floral display in May the next year, but they also set buds on new shoots that produce flowers that same summer. These “remontant” or everblooming hydrangeas tend to produce more flowers in mid- to late summer than typical types.

To plant hydrangeas, locate them in a spot where they receive some shade during the day. These plants prefer morning sun, so an eastern exposure is excellent. Avoid hot, sunny, dry areas or beds that are baked by the afternoon sun.

Dig into the soil a 2-to-4-inch layer of organic matter, such as compost, rotted manure or peat moss during bed preparation. The organic matter helps the soil retain moisture yet makes sure that the soil stays loose and open, preventing it from getting waterlogged. (Hydrangeas may develop root rot in constantly soggy soil.)

Once planted, water hydrangeas deeply and thoroughly twice a week while they get established their first summer. Water established shrubs once or twice a week if the weather is dry. Hydrangeas also benefit from a 2-inch-thick layer of mulch, such as leaves, pine straw or pine bark, to help maintain a moist soil.

The colorful parts of the flower head are not petals; they are actually modified sepals.

The sepals start off greenish when young, then gradually expand and take on color as the flowers get ready to open. Interestingly, the color of the sepals is influenced by the availability of aluminum ions in the soil where the plant is growing. In acid soils, free aluminum ions in the soil are absorbed by the plant and make the flower heads blue. In alkaline soils, on the other hand, aluminum ions are not available and flower heads tend to be pink. White hydrangeas do not have pigment in their sepals and are white regardless of the soil pH.

The intensity of the color (such as light pink, deep pink or rosy red) is controlled by genetics and depends on the variety you are growing. Eventually, though, the flowers begin to fade to a greenish color as they age, often with burgundy tints, in June or July.

When the flower heads turn green, it signals the ideal time to prune your plants. First, cut off the faded flower heads with stems about 4 to 6 inches long (these dry beautifully). To reduce the size of your bush, cut longer stems and shorten any other shoots as needed to achieve the desired results. This type of pruning should be done by mid-July. Do not prune hydrangeas in winter.