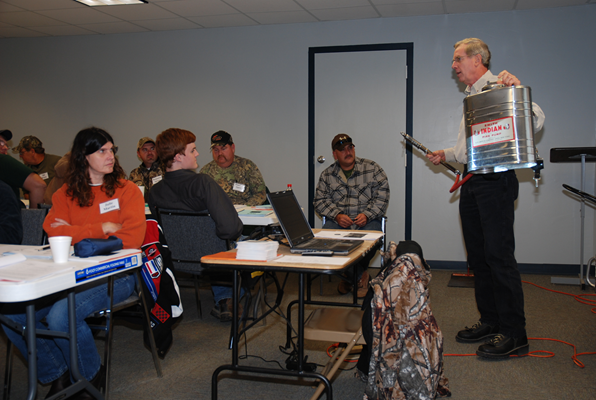 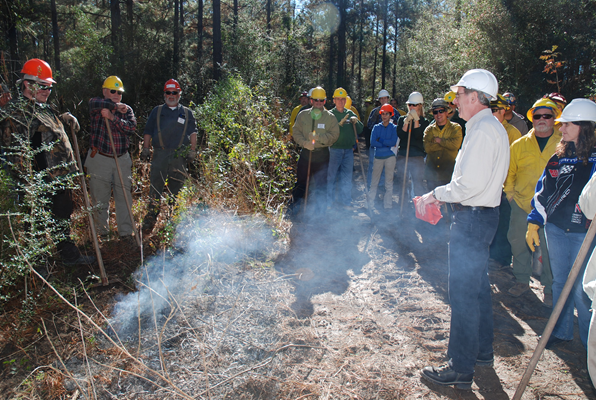 Trying to stay ahead of forced regulations, private landowners and others are becoming certified to show their ability to be good stewards of the land and to minimize the effects on nearby properties when they burn, said LSU AgCenter forestry expert Niels de Hoop.

“A big part of the workshop is smoke management,” de Hoop said. “That’s the legal part that’s behind this.”

Prescribed burning is an old practice that has multiple objectives, from reducing the potential for wildfires to improving habitat for wildlife, such as deer and turkey, said LSU AgCenter forester Brian Chandler.

“As more and more people move into rural areas, it’s becoming harder for private landowners to get some prescribed burning done,” Chandler said.

The three-day workshop was designed to educate participants on the right way to burn and also to offer some liability protection if they follow a prescribed burn plan and something happens to go wrong.

Chandler said forest owners and other landowners have not generally had the same problem with burning as sugarcane farmers.

“Mainly this is due to location or proximity of the property to towns and other inhabited areas,” Chandler said.

Most states now have a prescribed burn certification program, which in Louisiana consist of a three-day workshop, passing a test and acting as burn boss on five prescribed burns. Individuals are certified after completing all requirements.

John Thornhill, who owns and manages land near Tylertown, Miss., said he enrolled in the workshop to learn how to burn correctly, and he was not disappointed.

“I told Brian I learned more on the first day of the workshop than I have on any one day of my entire life,” Thornhill said.

Thornhill said he has been hiring someone to burn his forestland for 20 years, but he wants to do it himself and wants to be sure he knows how to do it correctly.

Thornhill said he destroyed seven acres one time, and that experience let him know he needed more education on how to burn correctly.

“I simply lit a match, and 30 seconds later I knew I had made a mistake,” he said. “Limbs 40 feet in the air just exploded in flames, and it burned up seven acres completely.

As part of the certification, the participants did a control burn after checking weather conditions, selecting a burn boss and putting their burn plan into action.