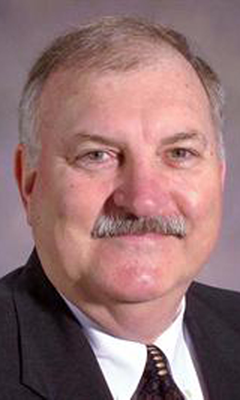 David J. Boethel, LSU AgCenter vice chancellor for research and director of the Louisiana Agricultural Experiment Station, has been elected as one of 10 Fellows of the Entomological Society of America for 2010. The election acknowledges outstanding contributions in research, teaching and administration. He will be recognized during the group’s annual meeting in December in San Diego, Calif.

Boethel received his B.S. and M.S. degrees in entomology from Texas A&M University. After receiving a Ph.D. in entomology from Oklahoma State University in 1974, he joined the LSU AgCenter Pecan Research and Extension Station in Shreveport with responsibilities for pecan insect integrated pest management research.

In 1980, Boethel transferred to the Department of Entomology at LSU in Baton Rouge, where for 17 years he conducted research on soybean integrated pest management, taught biological control of insect pests and mentored 20 graduate students.

In 1992, the Department of Entomology at Oklahoma State University recognized him as a distinguished alumnus.

An Entomological Society of America (ESA) member since 1968, Boethel served on the Governing Board and was president of the Southeastern Branch. He was on the Board of Reviewing Editors for the Journal of Economic Entomology and on the Editorial Board of the Journal of Medical Entomology. He was also co-editor of the Handbook of Soybean Insect Pests, the first of the ESA pest handbook series.