What you need to know about Spanish moss 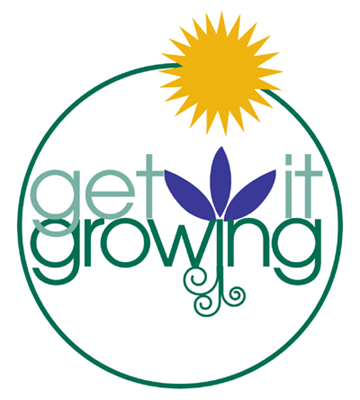 Get it Growing logo

It’s been called both picturesque and spooky, but whatever you think of it, Spanish moss draping live oaks and bald cypress trees contributes a lot to the look of Louisiana.

Spanish moss, Tillandsia usneoides, is a flowering, epiphytic plant belonging to the Bromeliad family. This makes it related to the plant that produces pineapples, which is also a bromeliad.

Spanish moss is widely distributed from southern Virginia to eastern Texas along the coastal strip of the southeastern United States. It occurs throughout Louisiana, but it can range from very common to rare, depending on the location.

Individuals frequently are concerned that Spanish moss is damaging their trees. Contrary to what many people believe, Spanish moss is not a parasite and does not injure a tree by obtaining any nourishment from it. As an epiphyte, Spanish moss lives on the tree but is independent of it. It only uses the tree for support and doesn’t invade the living tissue unlike mistletoe and other parasitic plants that do.

Spanish moss gets everything it needs from sunlight, rainwater and air. Like other green plants, Spanish moss uses light in a process called photosynthesis to create its food from carbon dioxide and water. Dust in the air probably supplies some needed mineral nutrients, too.

Moss has the ability to absorb quantities of moisture into its leaves when it rains. The gray scales that cover the leaves and give this plant its characteristic appearance help with this process. They trap water underneath them when it rains, and the moisture is then gradually absorbed by the plant.

Because people sometimes see Spanish moss growing on a dead branch or tree, they mistakenly think the moss killed the branch or the tree, which is incorrect. The branch or tree died for other reasons, and the moss is simply growing there.

Although Spanish moss does not obtain any nourishment from a tree, under certain circumstances it can become a nuisance. If a weak limb becomes heavily laden with moss, it could break. Spanish moss causes the most trouble in economic crop trees such as pecans. In shade trees, the only real reason for removing the moss is if you don’t like the way it looks – not because of any damage it might do.

If removing moss is necessary, mechanical removal is the preferred method. No herbicides are labeled for controlling Spanish moss in trees. A long pole with a hook or a long-handled rake is useful to remove moss from lower branches. Many tree companies will perform mechanical removal with a bucket truck to reach high branches.

On the other hand, some people want moss to grow in trees that don’t have any moss in them. You may gather living moss and simply hang it from branches in the tree where you want it to grow. If the growing conditions are to its liking, the moss will become established and grow. If not, it will die. There’s nothing you can do if that happens except try again.

In nature, most new Spanish moss plants sprout from a seed. The tiny, greenish flowers of Spanish moss produce a seed pod that turns brown and splits open when it’s mature. The seeds inside are equipped with feathery parachutes that allow them to float through the air like dandelion seeds until they lodge on a tree trunk or other suitable spot to grow. Strands and tiny pieces of moss carried to new locations by wind or birds also can grow into new plants.

In earlier times, moss had a variety of uses in upholstery. It was used to stuff everything from car cushions to horse collars, but it was mainly used in furniture manufacturing. Fresh moss was gathered and cured by wetting it down and packing it in trenches or pits in the ground, where it usually remained for six to eight months, during which the outer covering rotted off, leaving the inner strand. At the moss factory it was sorted, cleaned and baled for shipment. Quite a few Louisianians made at least a part-time living from collecting moss. The last operating factory in the South was located in Gainesville, Fla. It burned in 1958 and did not reopen.

Spanish moss is reported to be sensitive to air pollution, so you would think it would not grow in urban areas with lots of cars. But you can see it growing in all the major cities around the state. It adds character to many of the magnificent ancient live oaks in local parks. And what would a Louisiana swamp be without it hanging from the branches of the bald cypress?

Whether you appreciate its appearance or wish it would go away, remember, Spanish moss is harmless to the trees.