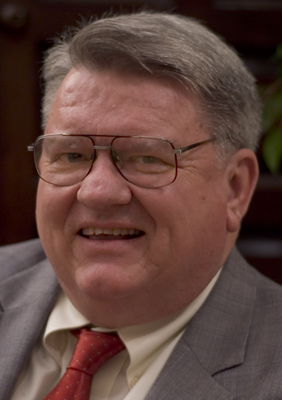 Thomas E. “Gene” Reagan, LSU AgCenter professor of entomology, has been selected as the Entomological Society of America’s 2010 Subject Matter Expert. This new award is presented to a person who has gained national and international recognition as an authority on insect pest management. This person then serves as the society’s liaison to the Environmental Protection Agency’s Office of Pesticide Programs.

Reagan, the Austin C. Thompson Distinguished Professor in the AgCenter, is a native Louisianian and received his B.S. and M.S. degrees from LSU. His Ph.D. is from North Carolina State University, where he worked for a couple of years as an extension entomologist. He then returned to LSU in 1977 and has been here ever since. His research focus has been sugarcane insects, and he also teaches entomology classes.

Reagan has served as major professor for more than 20 graduate students, including 11 Ph.D. students. He has more than 230 scientific publications, including 75 in peer-reviewed journals and 76 in arthropod management tests involving pesticide efficacy. During the past nine years, he has acquired more than $1.5 million in national competitive grant support.

He has served more than 10 years as faculty adviser to the Entomological Society’s student debate program and is chair of the Environmental Entomology Editorial Board. He has been on review panels for the U.S. Department of Agriculture and the EPA, and he is on the Entomological Foundation Board of Counselors.

Reagan also received an outstanding service award in research and education from the Louisiana sugar industry. In 2009, he was the Entomological Society’s Distinguished Achievement in Teaching Award nominee from the Southeastern Branch.