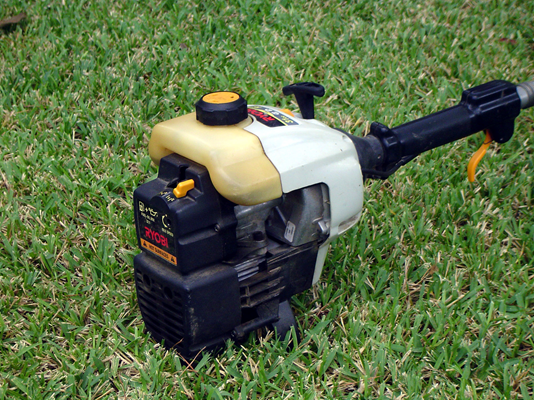 News You Can Use For December 2005

"Most people use the terms ‘2-cycle’ or ‘4-cycle’ to describe the two engine types," Parish says. "This common terminology, while readily understood, is incorrect."

Parish says 2-stroke engines aren’t lubricated by a reservoir in the crankcase but by oil mixed with the gasoline. Much of this oil is not burned by the engine and is expelled with the exhaust gas, thus increasing emissions and smoke.

"Typically, 2-stroke engines rev up to higher speeds than 4-stroke engines, and this accounts for much of the higher power per pound," Parish says. "Also, small 2-stroke engines use intake and exhaust ports instead of valves, thus saving the weight and cost of a valve train.

Parish adds that spark plug fouling is more common on 2-stroke engines because of the oil in the fuel, meaning more frequent spark plug changes may be needed.

The engineer says 4-stroke engines are lubricated by oil in the crankcase, so oil isn’t mixed with the gasoline.

"If you have more than one 2-stroke engine and they aren’t the same brand, you may need to keep separate fuel-to-oil mixes for the machines," he says. Typical ratios range from 32 to 1 (gasoline to oil) to 50 to 1.

"You can buy small containers of oil that are measured to provide the right amount of oil for a gallon of gasoline for a given recommended mix ratio," Parish says. "But buying oil in larger quantities may be more economical."

Another concern Parish cautions about is having trouble finding a small container measured for the ratio you require unless you go back to the dealer. Most hardware stores, garden centers, discount stores and similar stores carry only one or two ratios.

"Don’t just assume that the small container of 2-cycle oil you pick up at the discount store will give the right ratio for your engine," Parish warns. "Check the ratio on the label. It’s helpful to know how much oil you need for your required ratio in case you don’t have the correct measured container."

Parish recommends starting with a clean, empty container and pouring in the correct amount of oil. Next, add 1 gallon of gasoline, close the container and shake it to mix the fuel. Agitate the container before pouring each time you use the gasoline mix.

"Either type of engine can do a good job if used in an appropriate application," Parish says. "If you have a 2-stroke engine, be sure to mix the oil and gas correctly."