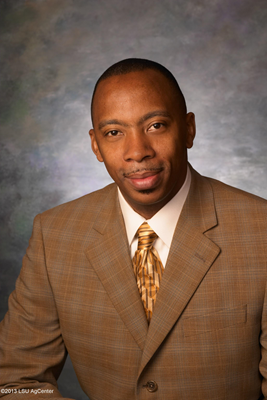 Dr. Calvin Mackie is an award-winning mentor, a former engineering professor, an internationally renowned motivational speaker and a successful entrepreneur. His message as a mentor, speaker and entrepreneur continues to transcend race, gender, ethnicity, religion and time.

After starting college in remedial reading because of weak SAT scores, Calvin Mackie earned a bachelor of mechanical engineering degree from Georgia Tech and a bachelor's degree in mathematics from Morehouse College in 1990, a master's in 1992 and a doctorate in 1996 in mechanical engineering from Georgia Tech. He served on the Tulane University faculty from 1996-2007, where he received tenure and was promoted to associate professor in 2002.

A professional speaker, in 1992 he founded the Channel ZerO Group LLC (CZG), an educational and motivational consulting company and has presented to numerous civic groups, educational institutions and Fortune 500 corporations. Through his national and international travels and online mentoring presence, Mackie reaches millions of youths and professionals annually.

A member of the Phi Beta Kappa, Pi Tau Sigma and Tau Beta Pi National Honor Societies, his passion for scholarship is well established. His leadership qualities and social justice advocacy are well documented. In 2008, Mackie participated in the inaugural class of Fellows in the Effective Leadership Program of the Center for Leadership and Public Values at Duke University and the College of Business of Southern University (Baton Rouge). In 2005, former Louisiana Governor Kathleen Blanco appointed him to the Louisiana Recovery Authority (LRA), the guiding agency to lead the state's rebuilding efforts following hurricanes Katrina and Rita.

Possessing instant social, political, cultural and technical credibility, Mackie was featured prominently in Spike Lee’s HBO Katrina documentary, When The Levees Broke: A Requiem in Four Parts (HBO 2006) and it’s successor If God Is Willing and Da Creek Don't Rise (HBO 2010). He has appeared on numerous national and local news shows including the PBS News Hour with Jim Lehrer.

Mackie received international acclaim during and after a 2006 visit to the country of Kuwait as an ambassador of the LRA and the guest of the U.S. Embassy in Kuwait, appearing on Good Morning Kuwait and in numerous international Arab newspapers. In 2004, President George W. Bush awarded him the 2003 Presidential Award for Science, Mathematics, and Engineering Mentoring in a White House Ceremony. Mackie has received numerous other awards, including the the 2003 National Title One Distinguished Graduate for Louisiana, 2002 Black Engineer of the Year Award for College Level Educator, the Pi Tau Sigma/ASME Excellence in Teaching Award in Mechanical Engineering for 1999-2000 and 2001-2002. In 1996, he received a patent on a device to retrofit luggage stowbins on Boeing 737 and 757 commercial airliners.

In 2009, Louisiana Lt. Governor Mitch Landrieu appointed Mackie to the Louisiana Council on the Social Statue of Black Boys and Black Men. As chairman, he is leading the state’s effort to create policy and programs to positively impact the quality of life of black males and families in the state of Louisiana.

Mackie is currently a partner in Golden Leaf Energy (GLE) www.GoldenLeafEnergy.com. GLE promotes and distributes the alternative fuel. GLE produces biodiesel and ethanol from waste streams and distributes to numerous commercial clients. GLE is reducing waste in landfills while providing clean biofuels for the nation. Presently, Golden Leaf Energy is the exclusive alternative fuel supplier for the federal fleet cars in the state of Louisiana and Hollywood South.

He is the author of the book A View from the Roof: Lessons for Life and Business. Dr. Mackie is a devoted husband to his wife, Tracy, and father to his two sons, Myles Ahmad and Mason Amir.