(12/21/22) BATON ROUGE, La. — The holiday season is a time for reconnecting with friends — both old and new. In this spirit, a group of educators and students who participate in the Hill Farm Community Garden gathered to celebrate the end of the fall 2022 semester with a garden party.

Located across from the Lod Cook Alumni Center, the community garden was started in 2021 through a Student Government sustainability grant as part of the Hill Farm Teaching Facility. The garden was the brainchild of LSU AgCenter School of Plant, Environmental and Soil Sciences associate professor Kiki Fontenot and professor Ed Bush.

“Dr. Fontenot and I had the idea to start the garden not only to teach students about plants, but to establish an LSU community,” Bush said. “It’s been a tremendous success, with students forming bonds and sharing tips with each other on how they grew the best cabbage or broccoli.”

Attendees of the end-of-semester party brought potluck dishes made from ingredients in the community garden. Unfortunately, the gathering had to be moved indoors due to cold and rainy weather conditions, but that didn’t dampen the spirits and camaraderie of the attendees.

Pramod Pantha, a postdoctoral researcher in the LSU Department of Biological Sciences, and his daughter, Pratyusha, came out to check on their raised container bed, which contained a variety of homegrown favorites.

“This season we have broccoli, mustard greens and mint,” Pantha said. “Last season we had okra and cucumbers.”

Pantha, who visits the garden multiple times a week, said he’s grateful to Fontenot and Bush for getting the project started and giving his family a chance to take part in it.

“She loves to work with and grow the plants,” Pantha said, gesturing to his daughter. “We had a lot of fun harvesting cucumbers last season.”

Bush said the versatility of the community garden model makes it something that can bring people from all walks of life together, no matter the location.

“It can work whether it’s in suburban neighborhoods or in cities, anywhere it’s harder to do gardening,” he said. “You can even do this on cement if you want.”

Kimberly Diep, a graduate student in education, and her daughter, Isabelle, surveyed her vegetables before the potluck. She said the fact that the garden is open to any student, no matter their field of study, reinforces the fact that everyone can be part of the community.

“It brings us together and gives us a chance to work on a hobby in our own time as well as providing fresh food,” she said.

Shortly before the party got underway, Bush mentioned that one of the menu items for the potluck was vegetarian pasta made from ingredients right out of the garden. As he pointed out a robust head of broccoli, he emphasized that, while growing the fresh produce is gratifying, there’s much more to the community garden for all those who participate.

“Anyone would be proud to grow this broccoli,” Bush said. “But, in the end, it’s not so much what the students grow. It’s the stewardship of taking care of it and the community they build while they’re doing it.”

Pramod Pantha from the Department of Biological Sciences and his daughter, Pratyusha, look at their raised container bed at the Hill Farm Community Garden. The garden was conceived in 2021 by LSU AgCenter School of Plant, Environmental and Soil Sciences associate professor Kiki Fontenot and professor Ed Bush. Photo by V. Todd Miller/LSU AgCenter 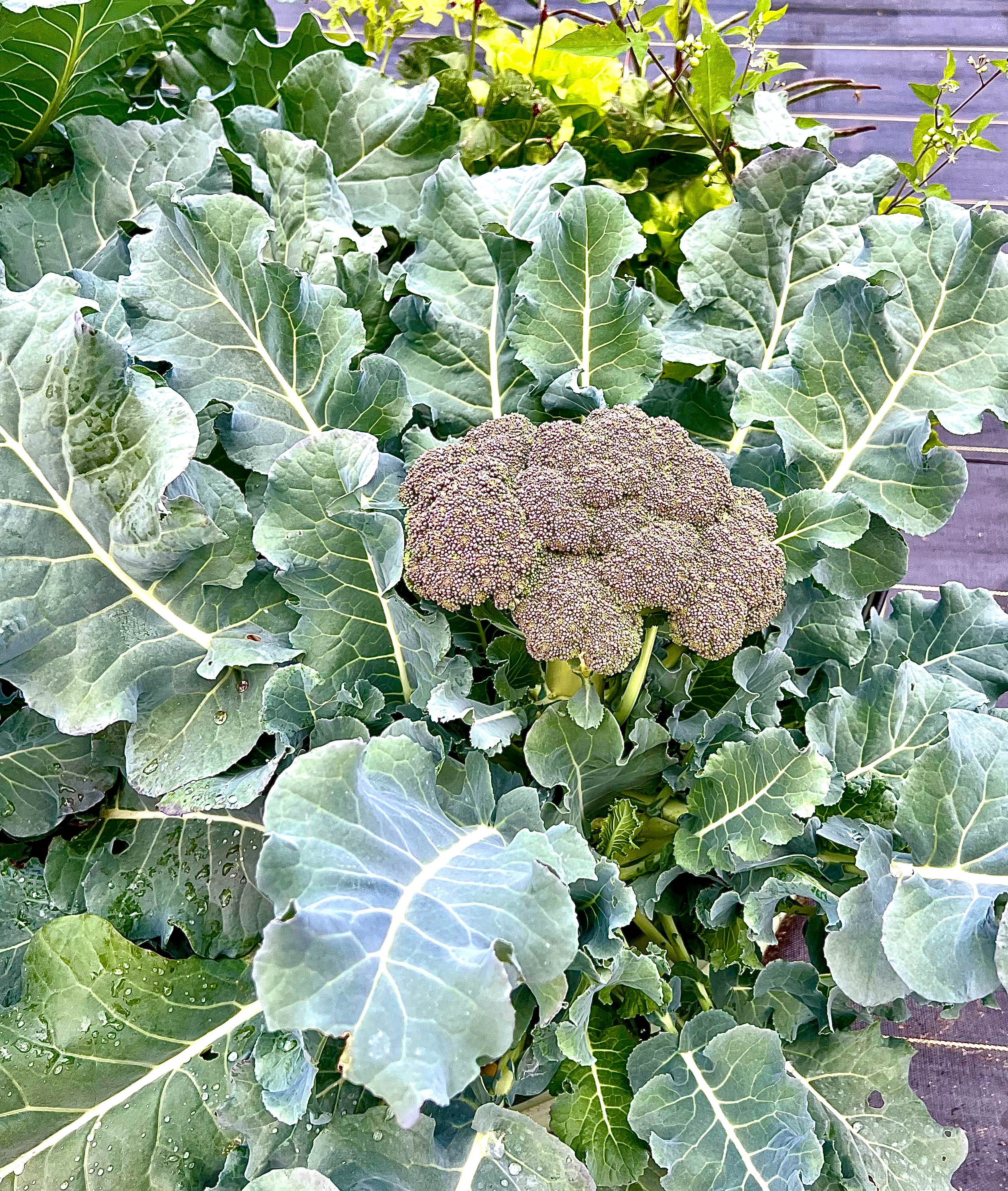