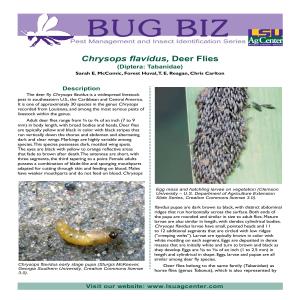 The deer fly Chrysops flavidus is a widespread livestock pest in southeastern U.S., the Caribbean and Central America. It is one of approximately 30 species in the genus Chrysops recorded from Louisiana, and among the most serious pests of livestock within the genus.

Adult deer flies range from 1/3 to 2/5 of an inch (7 to 9 mm) in body length, with broad bodies and heads. Deer flies are typically yellow and black in color with black stripes that run vertically down the thorax and abdomen and alternating dark and clear wings. Markings are highly variable among species. This species possesses dark, mottled wing spots. The eyes are black with yellow to orange reflective areas that fade to brown after death. The antennae are short, with three segments, the third tapering to a point. Female adults possess a combination of blade-like and sponging mouthparts adapted for cutting through skin and feeding on blood. Males have weaker mouthparts and do not feed on blood. Chrysops flavidus pupae are dark brown to black, with distinct abdominal ridges that run horizontally across the surface. Both ends of the pupa are rounded and similar in size to adult flies. Mature larvae are also similar in length, with slender, cylindrical bodies. Chrysops flavidus larvae have small, pointed heads and 11 to 12 additional segments that are circled with low ridges (“creeping welts”). Larvae are typically brown in color with white mottling on each segment. Eggs are deposited in dense masses that are initially white and turn to brown and black as they develop. Eggs are 1/25 to 1/10 of an inch (1 to 2.5 mm) in length and cylindrical in shape. Eggs, larvae and pupae are all similar among deer fly species.

Deer flies belong to the same family (Tabanidae) as horse flies (genus Tabanus), which is also represented by many species in Louisiana. Horse flies are typically larger and possess morphological features that differentiate them from deer flies. Adults of many deer fly species are similar in external appearance and require detailed study to correctly identify.

Adult female deer flies lay eggs in masses of 100 to 1000. Egg masses are laid on foliage, rocks or in grass in moist soil. A silky covering covers the egg mass and aids in protection against the elements. Larvae normally hatch within five to seven days. Larvae fall to the moist soil below and begin feeding on organic material such as decomposing vegetable debris. Larvae of Chrysops flavidus prefer moist soil, while other deer flies are aquatic or semiaquatic. Larvae go through six to nine growth stages (instars), and the larval stage can last anywhere from a few months to one year, depending on environmental conditions. Last stage larvae move to the surface, where they pupate. The pupal stage lasts from two to three weeks. Adult deer flies emerge from an opening located on the thorax of the pupal case. After emergence, males and females initiate a mating process in the air and continue on the ground. Shortly after, the female seeks blood meals and an appropriate location to lay eggs.

Chrysops flavidus adult females are pests of livestock and wild animals. They are capable of biting humans. Pathogen transmission risk is low, although some evidence suggests that deer flies are capable of transmitting tularemia (deer fly fever or rabbit fever). Numerous pathogens and bacteria have been isolated from the mouthparts of deer flies, presumably because they feed on different hosts. The bacteria are not normally of concern. The main concern is the painful bites of the females, which can be present in large numbers during certain times of the year. Deer fly bites can disrupt outdoor activities and cause stress in domestic and wild animals. This species is abundant in Louisiana because it is well adapted to the subtropical climate and marshy areas that facilitate reproduction. Deer flies are considered a major pest for Louisiana hunters, agricultural workers and outdoors enthusiasts, but a low concern for pathogen transmission.

Monitoring and surveillance. No established methods are considered effective for predicting C. flavidus seasonal abundance. Deer flies tend to have seasonal spikes that can be monitored and recorded, and allowances for these periods of deer fly densities can be incorporated into local outdoor plans. Deer flies are attracted to black or other dark colors that are on moving objects.

Cultural control. Traps are commonly used to reduce deer fly populations. Traps are normally a black or blue, shiny color with sticky substances that prevent escape. Additionally, some have specific pheromones that attract adults and trap them. Wearing full length clothing and applying repellents such as diethyltoluamide (DEET), the most common active ingredient in commercial repellents, can reduce the possibility of bites.

Chemical control. Pyrethroids are an insecticidal class that is most often used in reducing deer fly populations. Vegetation in areas where deer flies are abundant can be treated with pyrethroids but reapplications will be necessary every few days due to environmental factors that reduce the chemical’s toxicity. There is also great risk to non-target species that may include predators of deer flies. Usually, better options are repellents on skin and/or pyrethroids that are specifically labeled for use on clothing. See the most current Louisiana Insect Pest Management Guide for approved insecticides for control of C. flavidus and other flies in the family Tabanidae. 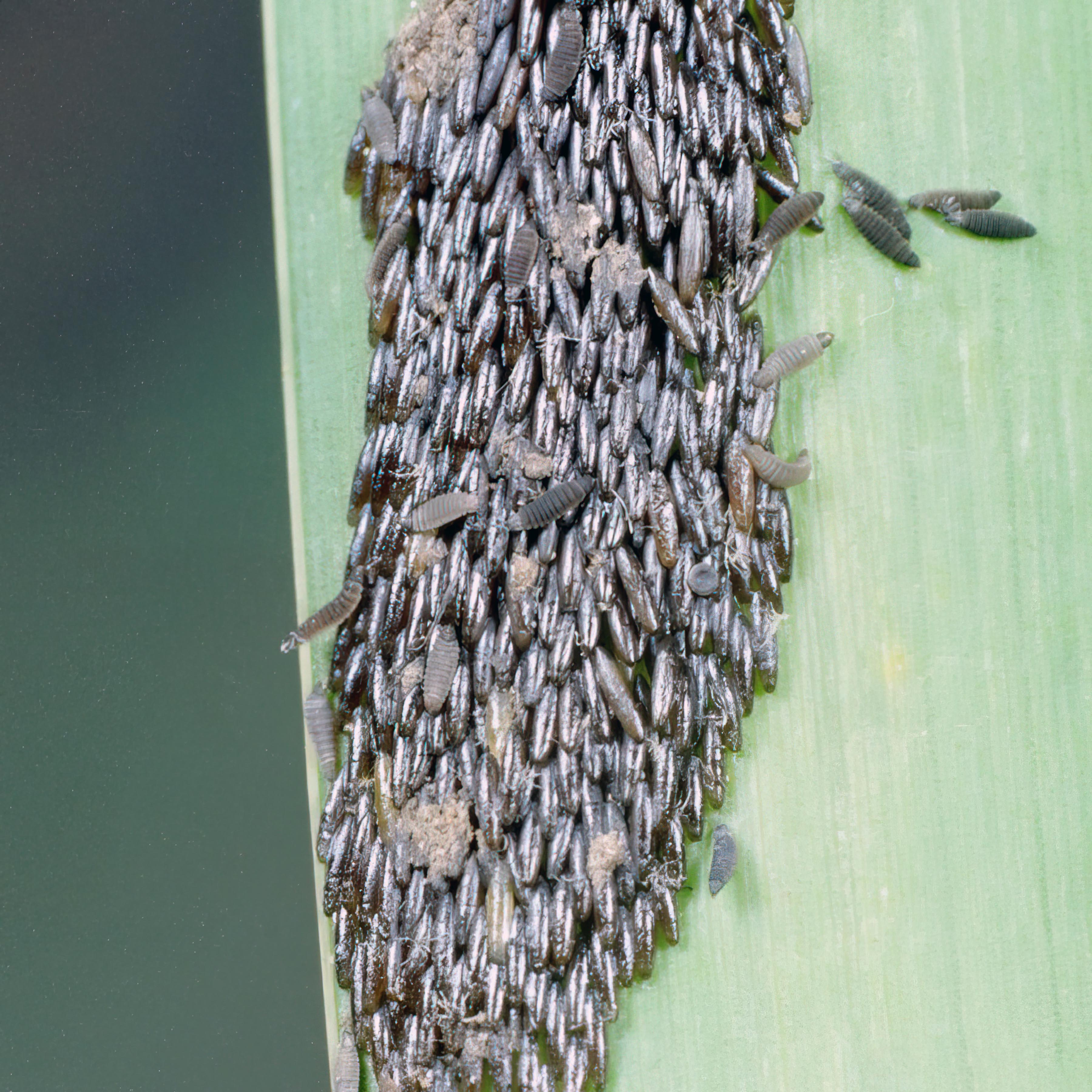 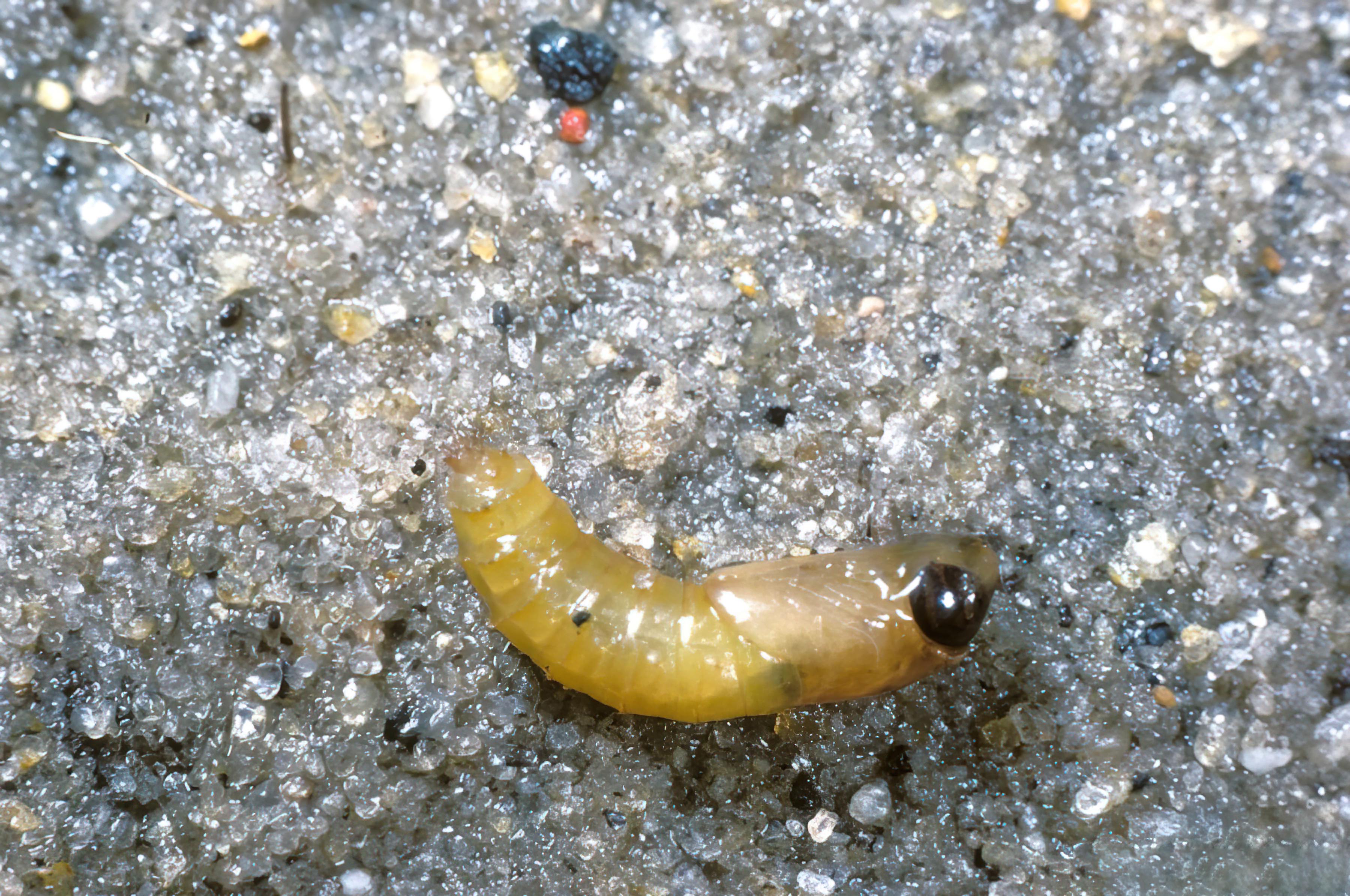 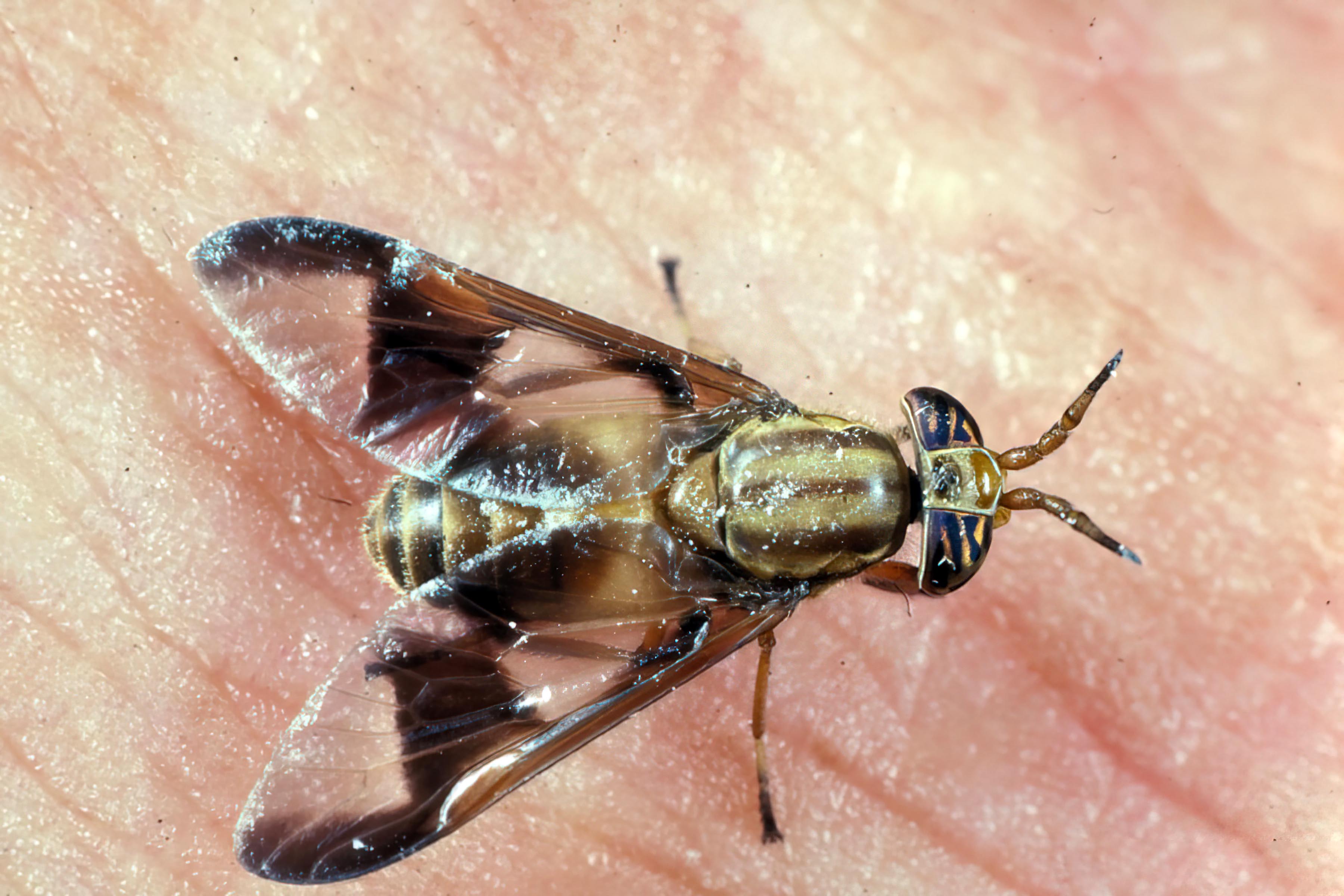