Back in the spring, as farmers prepared to plant their fields, they knew they would be facing hefty input costs. Prices for fertilizer, fuel and other items essential to growing crops had already been trending upward since the onset of the coronavirus pandemic two years earlier.

At the time, however, farmers retained some optimism for the 2022 season. Prices for crops looked good, and the weather was favorable for planting.

But the weather’s cooperation — and farmers’ hopes of offsetting input costs — would end there.

Louisiana faced hot, dry conditions during critical crop development periods followed by flooding rains in August. More recently, yet another drought period has set in, with most of the state receiving no significant rainfall in weeks.

It is still too early to say what kind of an economic impact these trials have wrought on Louisiana’s agriculture industry. But with harvest of many crops finished or nearing completion, a clearer picture is emerging of just how difficult this year has been for the state’s farmers.

“I’ve been doing work with sweet potatoes since 1990, and I will put this one as the worst one I’ve seen,” said Myrl Sistrunk, LSU AgCenter sweet potato specialist.

Sweet potato harvest is underway right now. Farmers are digging up fewer and smaller sweet potatoes than usual — and struggling to do so due to the drought — especially in northeastern Louisiana, where 75% of Louisiana’s roughly 7,000 acres of the crop is grown.

“They’re digging up big boulders and dry ground, and it’s hard for the crews to even find the potatoes in those types of conditions,” Sistrunk said.

All of this comes after a growing season that was less than ideal. Heat stress early on prevented potatoes from “sizing up,” Sistrunk said, and August’s deluge damaged them.

“The sweet potatoes are living, breathing organisms, and when you put them in saturated conditions, many times unfortunately, they are going to break down,” said Tara Smith, coordinator of the AgCenter Sweet Potato Research Station.

Producing sweet potatoes is labor intensive and expensive — sometimes costing more than $4,000 an acre — when compared to other crops.

“It’s certainly not a great situation that many of our producers are not going to realize the yields that they need to put them into and over that profit margin,” Smith said.

Things haven’t gone well this year for farmers of other crops either.

High temperatures and little rainfall in the early summer limited the yield and profit potential of many crops, including corn.

“That plant took a lot more energy to sustain itself in these hot and stressful conditions,” explained Matt Foster, AgCenter corn and cotton specialist.

Corn fields need a lot of nitrogen to produce a successful crop. Add high fertilizer prices to the cost of irrigation to make up for the lack of rainfall, and many growers had a stressful financial situation on their hands.

Some corn farmers had shifted acres this year to soybeans and cotton, hoping to take advantage of better commodity prices for those crops. They won’t necessarily be pleased with the results.

Like corn farmers, those growing cotton spent a lot on irrigation this year trying to preserve yields. With August’s wet weather lowering yields and reducing lint and seed quality, many cotton farmers won’t recoup those expenses.

“We are seeing a yield drag due to the drought conditions as well as the flooding conditions in the month of August,” Foster said of Louisiana’s cotton crop, adding that yields around the state range from a low 600 pounds of lint per acre to a bountiful 1,200.

“The number of pods that were able to set were decreased. And right when we were filling the seed, then we had too much rain and rotted our seed,” said AgCenter soybean specialist David Moseley. “So it’s been a pretty stressful year.”

Issues with rotten seed will compound the losses of soybean farmers whose yields were lowered due to drought.

“Unfortunately,” Moseley said, “even if they yielded the same or more than their average yield, if you can’t sell, it’s useless.”

For sugarcane farmers counting on soybeans planted on their fallow ground for some extra income, harvest time brought disappointment.

“You’ve got some areas, some farms where the combines didn’t get in the field. Matter of fact, my family’s farm, they didn’t even run a combine through any of their soybean acreage,” said Kenneth Gravois, AgCenter sugarcane specialist.

If there is any good news to come out of the current drought, it is that sugarcane harvest has gotten off to a smooth start, with no rain to bog down tractors in muddy fields.

“It’s great for the early part of harvest,” Gravois said. “People are on their worst cane in the worst land and getting it out before the rains come.”

And sugarcane farmers hope those rains come soon. If not, the dry spell could have lingering effects for their newly planted cane, which will be harvested in future years. 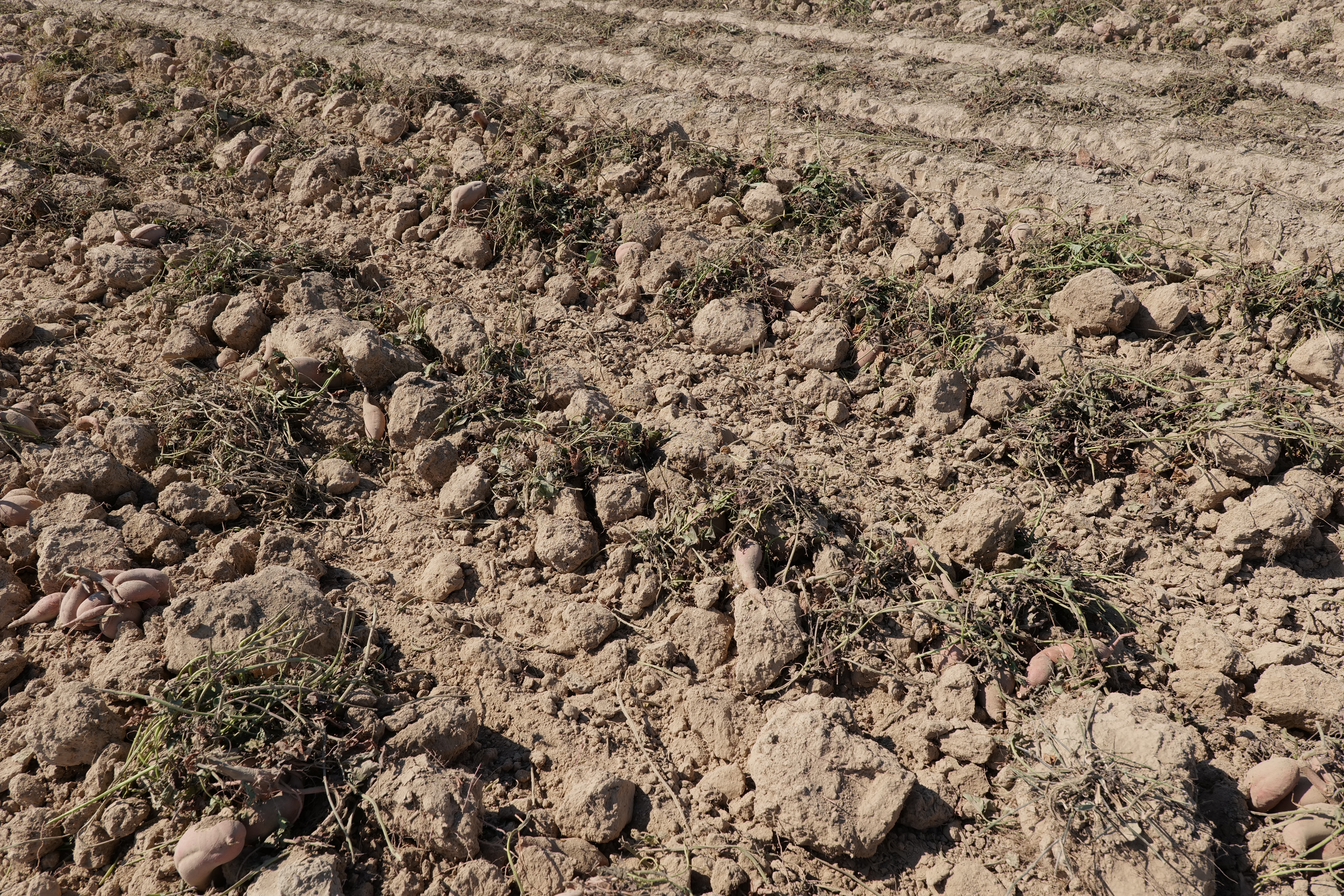 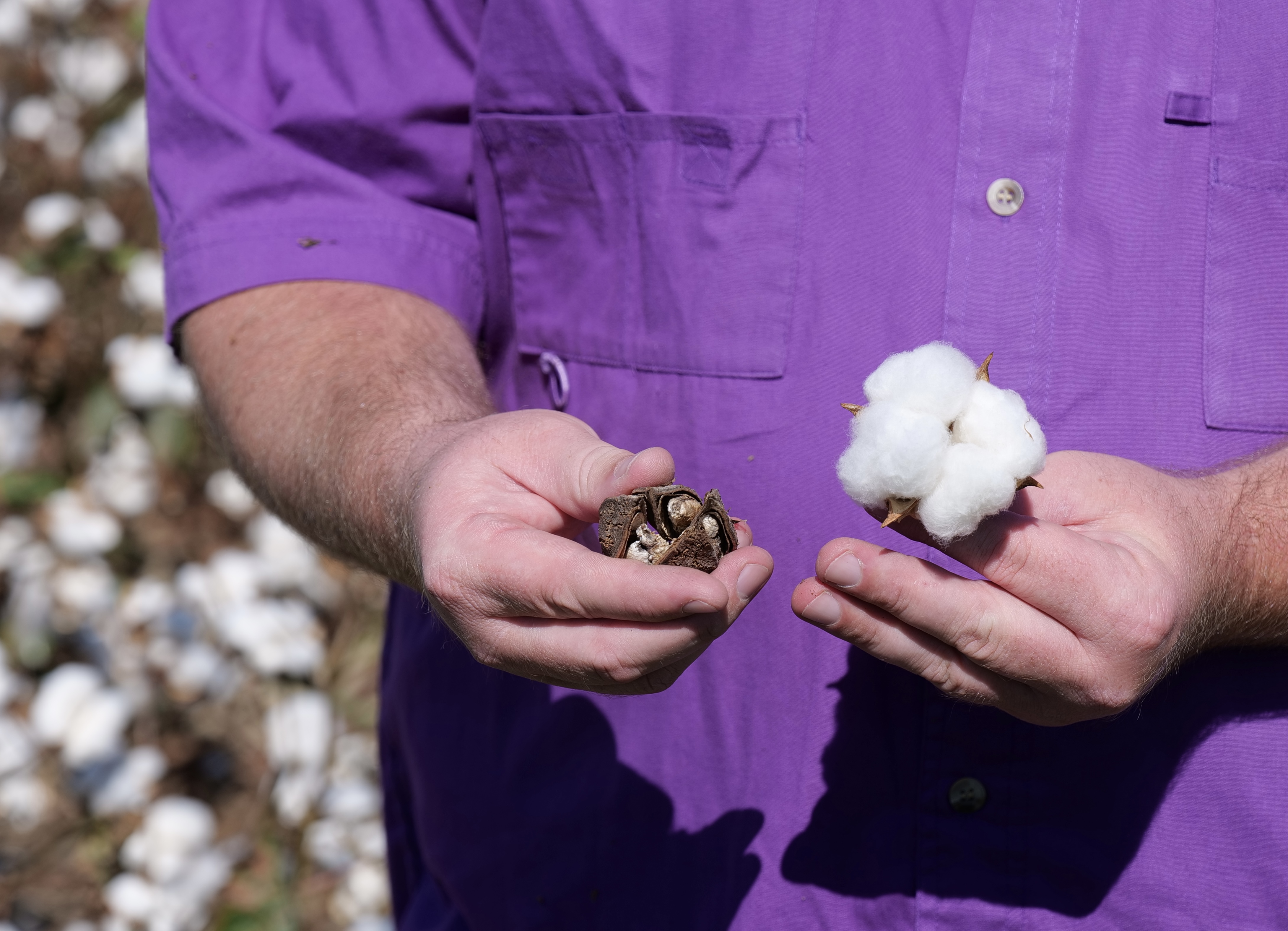 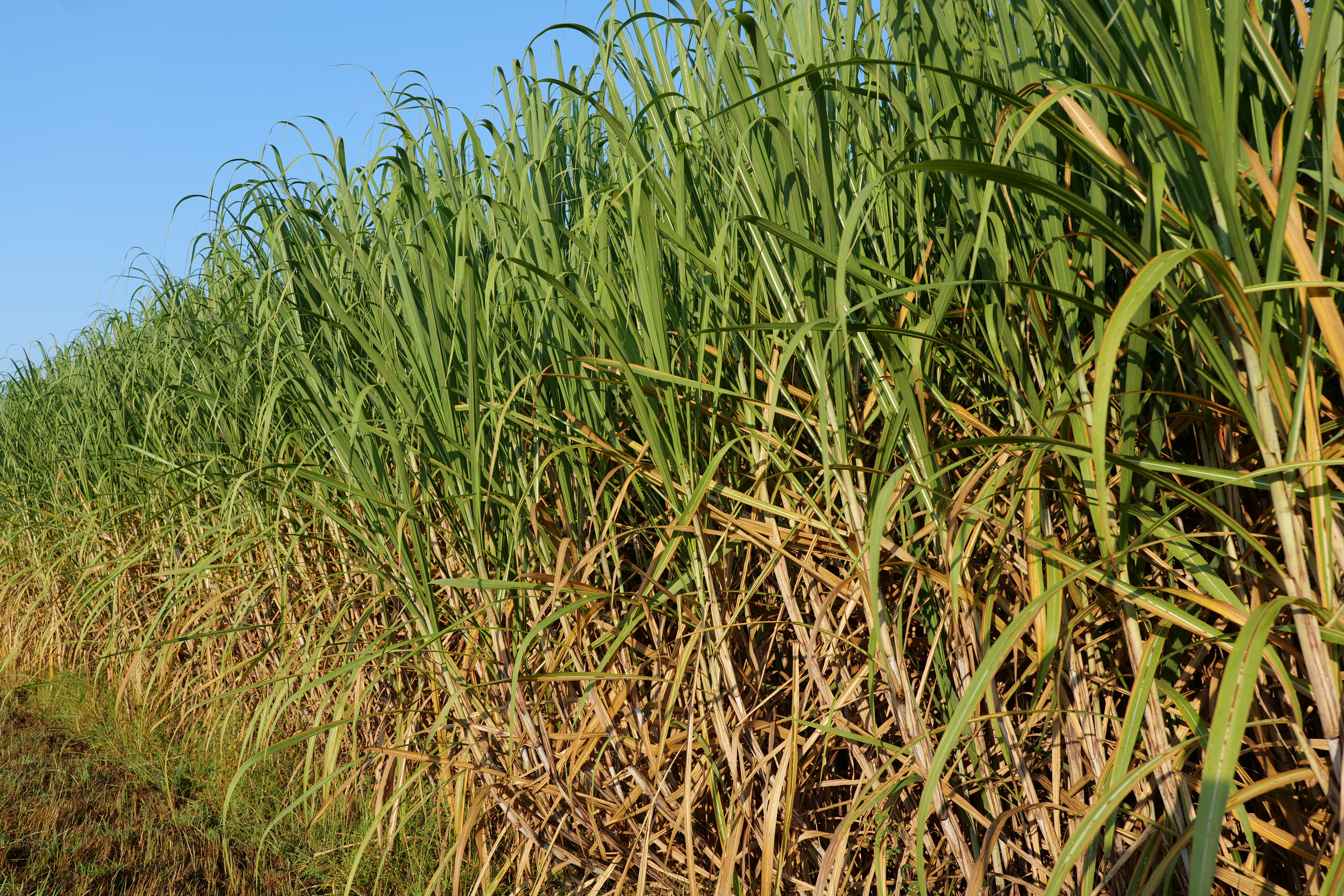 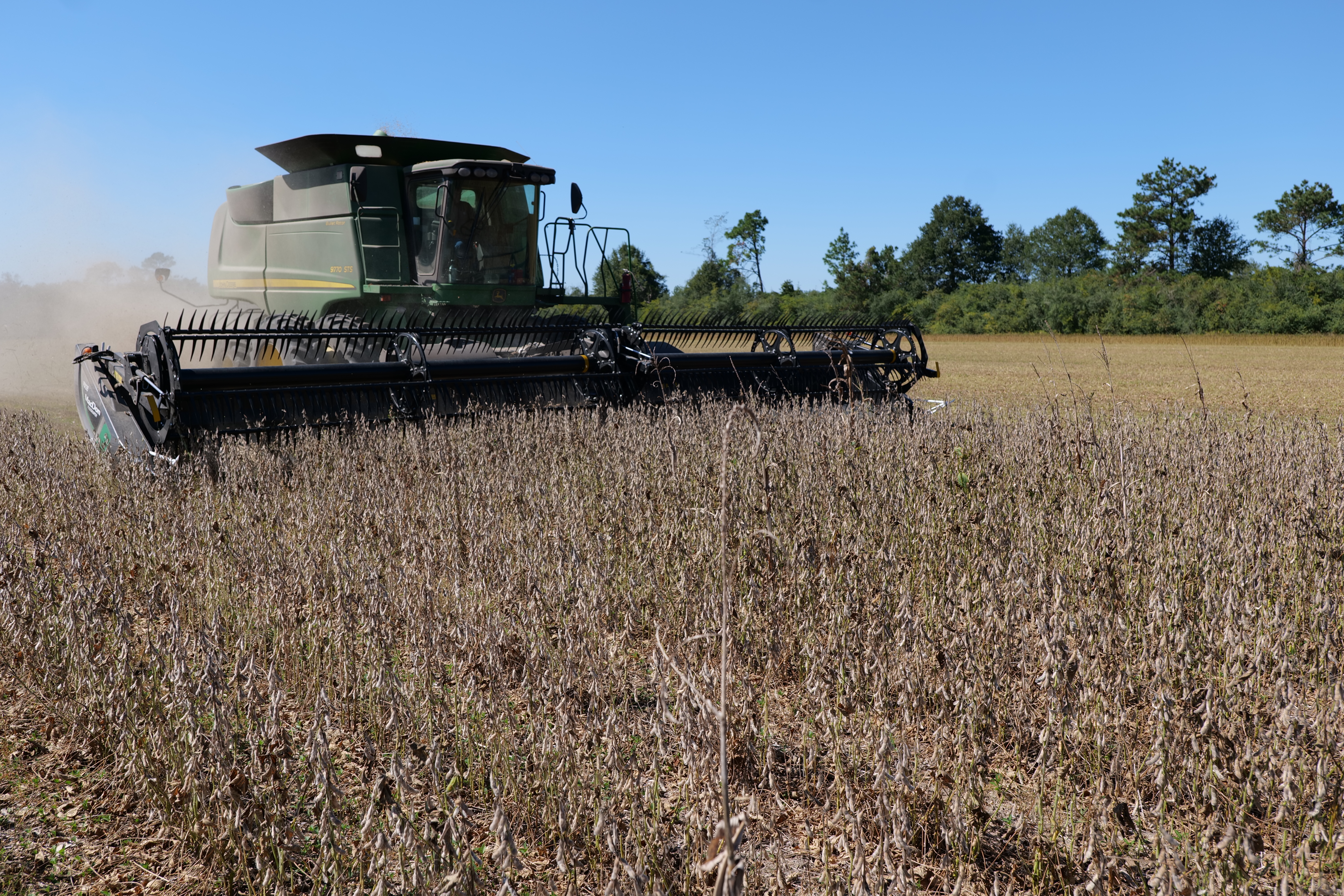 A soybean field being harvested. Photo by Craig Gautreaux/LSU AgCenter