Cheer up with the swamp sunflower

Bright and cheery yellow sunflowers are popping up everywhere — in ditches along roadways, in open fields, along fence lines and from woodlands to swampy areas. Spread among other native species such as goldenrod (Solidago spp.), blue mistflower (Conoclinium coelestinum) and late boneset (Eupatorium serotinum), they dot the fall landscape like a painting of a serene meadow of flowers.

According to the National Sunflower Association, native sunflowers were a common crop among American Native tribes throughout North America. The sunflower has been cultivated by natives since about 3000 B.C. Archaeologists suggest that the sunflower may have been domesticated before corn.

The seeds were ground into flour and cracked and eaten as a snack or used for oil. They used it to dye textiles and as paint. It was also used as a medicinal plant as a remedy for pulmonary issues, colds and coughs, and even as a substitute for quinine in the treatment of malaria by natives and settlers of America.

This large, perennial forb can grow up to 6 or more feet tall with showy, yellow, daisy-like flowers in mid to late summer and well into fall. The flowers grow on single and multibranched stems, and their native habitats range from lowland sites such as bottomland and floodplains to drier upland areas. They prefer full sun but tolerate partial shade. These native beauties attract both birds for seed and bees for nectar and pollen. It is especially important to monarch butterfly migrations and is considered an important wetland indicator plant.

Swamp sunflower does not have any major disease or pest problems. Caterpillars and beetles often feed on the foliage but don’t cause enough damage to require chemical control. Rust, leaf fungal spots and powdery mildew are common and can be managed with organic fungicides such as copper, but treatment is often unnecessary.

Plants successfully reseed themselves year after year. Some cultivars are available in the nursery trade. First Light is a dwarf variety growing to a maximum height of 4 feet with golden-yellow blooms and a compact habit. Low Down is even more of a compact variety, growing to 12 inches tall and 24 inches wide with a golden-yellow bloom and black eye. Gold Lace is a taller variety growing from 5 to 7 feet with a beautiful display of tightly clustered golden-yellow flowers. All are profuse, continuous bloomers.

Swamp sunflower is most often grown from seeds and successfully comes back year after year. Plants also can be propagated by division. No extensive maintenance is required for this easy-care perennial. You can trim plants back in June to encourage additional branching.

Use taller varieties at the back of native pollinator gardens. They also do well in naturalized areas and along streams and ponds. When covering a large area, they create a stunning sea of yellow flowers.

This cheery little native sunflower adds bright colors for fall landscapes and attracts and supports local pollinators, small birds and mammals. It is tolerant of drought, deer and standing water. These low-maintenance sunflowers make great dried specimens or as a cut flower for bouquets and floral arrangements. 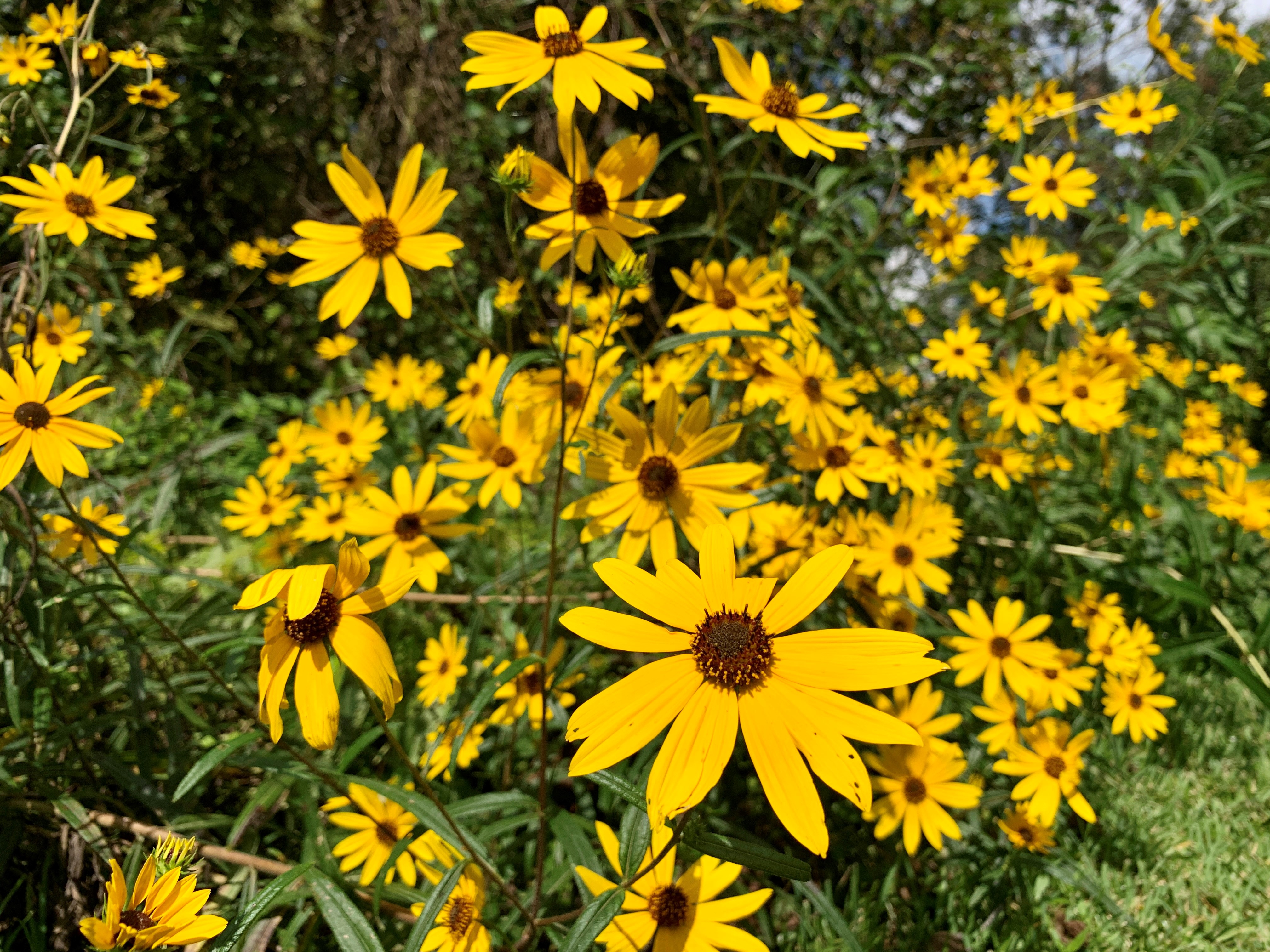 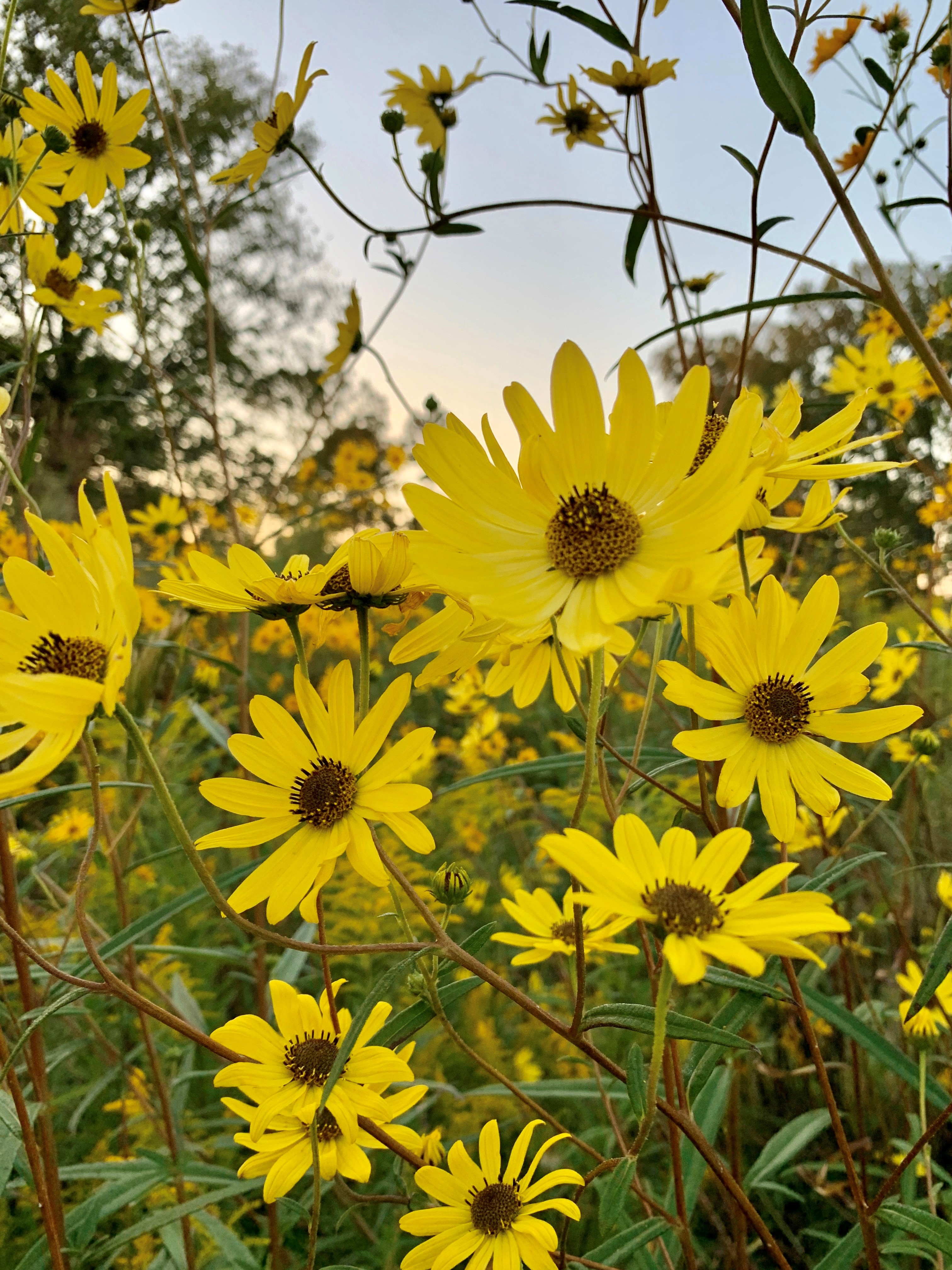 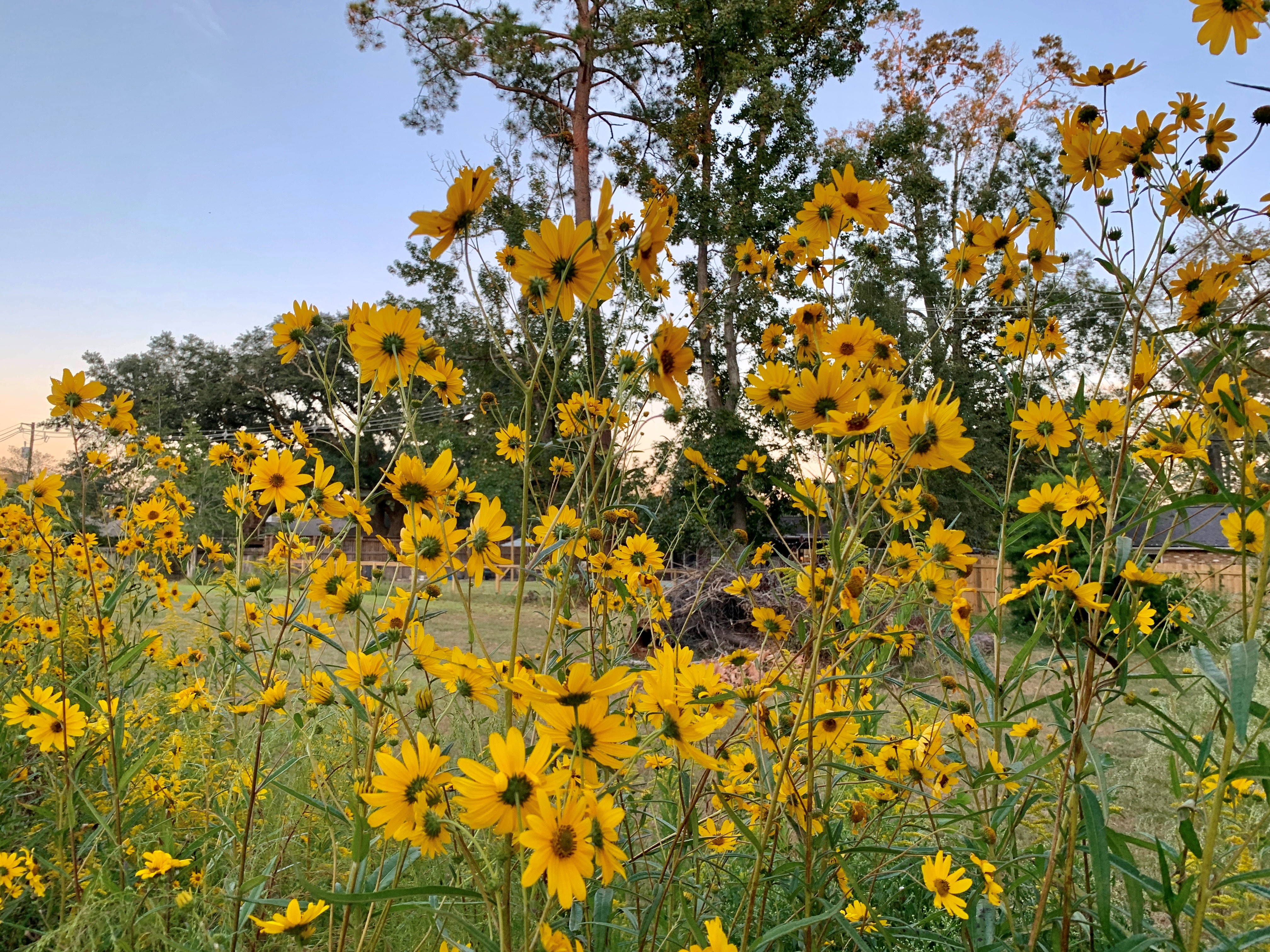