Small steps in a positive direction that lead to substantive change was the theme of Coming Together for Racial Understanding, a joint workshop between the LSU and Southern University agricultural centers held Dec. 9 and 10.

The two-day event focused on group exercises, open dialogues and active listening opportunities that concentrated on inclusiveness. Attendees were able to acknowledge their differences as well as the commonalities that brought them together. All participants were Cooperative Extension Service employees from LSU and Southern who volunteered to attend the workshop.

Monica Guient, AgCenter assistant vice president for diversity and inclusion, said Coming Together for Racial Understanding is a national initiative that started through the Southern Rural Development Center. It is meant to support extension agents working together to discuss race and diversity so that both LSU and Southern can fully support their clientele throughout the state.

“The conversations and dialogues center on our own space and culture and how it may be different or similar to others,” she said.

Guient credits Gina E. Eubanks, LSU AgCenter associate vice president and program leader of nutrition and food sciences, for bringing the program to Louisiana. She also said the workshop would not have been possible without the joint efforts of facilitators Marquetta Anderson and Derek Landrum of the LSU AgCenter and Kayla Fontenot and Tiffany Wilkerson-Franklin of the Southern University Ag Center.

Guient’s counterpart from Southern, Donovan L. Segura, associate vice chancellor for equity, diversity, inclusion and Title IX, said these types of conversations are critically important to show that there is a general understanding of the issues we face within our communities.

“Race is not so comfortable for all to freely talk about. It’s a sticky conversation,” Segura said. “But we understand that institutional racism exists, and it affects many people. It actually affects generations.”

Segura said the workshop was a way to attempt to move the needle from understanding to commitment to action. He hopes the dialogue can lead to positive changes that have impact beyond Baton Rouge and to the world at large.

Guient echoed Segura’s sentiments that there is a bigger picture to see: one with historical significance that can’t be understated.

“Having conversations about race in Louisiana is moving beyond black and white,” she said. “It’s talking about history and oppression and how we can move forward while still acknowledging this.”

Segura believes it is crucial for those in leadership positions to be mindful of putting the right people in place who want to make progress. He said he understands that those in power can’t be forced to think differently, but it’s important to share with them facts, data and how it feels when minorities are left out of the conversation.

“To reach higher ground, equitable and diverse initiatives must be fundamentally linked in all of what we as institutions, companies or organizations do,” he said. “If not, we are jeopardizing the vitality of our institutions and our communities.”

In the future, Segura hopes to see these joint workshops grow to different regions across the state, although he acknowledged it is crucial to reach out to members of the community who may not be as proactive as the employees who volunteered to attend the event.

“All we can do is keep raising the awareness. Oftentimes, people do not respond to things they don’t think impacts them directly,” he said. “These conversations are not about you or me. They’re about our community. If we want to grow stronger and have a greater impact, we have to commit to it.”

Members of LSU and Southern University agricultural centers took part in the two-day Coming Together for Racial Understanding workshop Dec. 9 to 10. They are shown here with facilitator Tiffany Wilkerson-Franklin, of the Southern University Ag Center, leading them in a group exercise. Photo by V. Todd Miller/LSU AgCenter

Monica Guient, second from left, LSU AgCenter assistant vice president for diversity and inclusion, participates in a group discussion at Coming Together for Racial Understanding, a joint workshop between the LSU and Southern agricultural centers. Photo by V. Todd Miller/LSU AgCenter 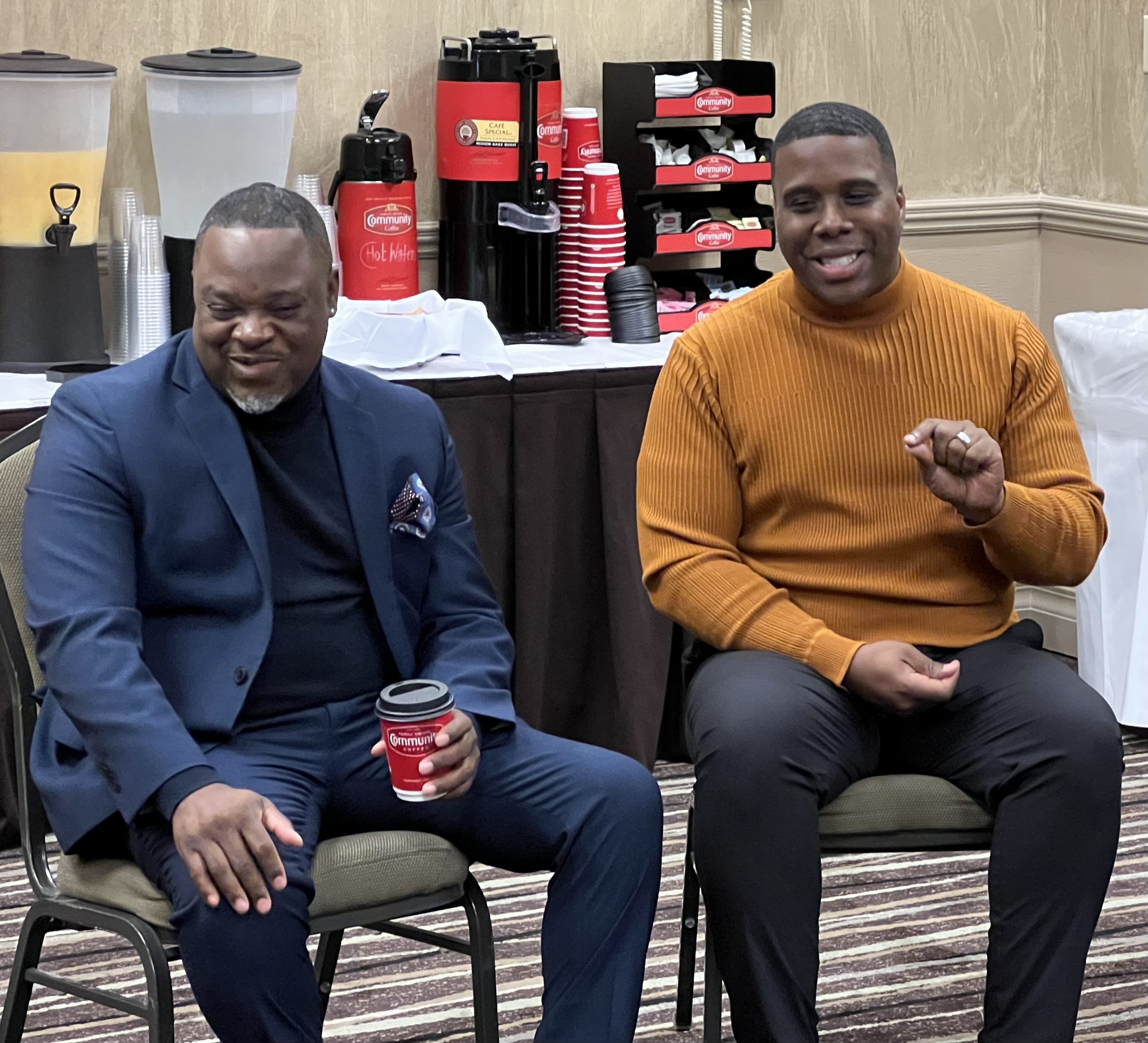