(10/22/21) FOREST HILL, La. — The first thing one notices when exiting Interstate 49 to Forest Hill in Rapides Parish is mile upon mile of plant nurseries — the largest concentration in the state, according to one attendee of a boxwood dieback disease identification and management training presentation on Oct. 19.

The hands-on training was conducted by plant doctor Raj Singh, of the LSU AgCenter Plant Pathology and Crop Physiology Department. Singh, who first identified boxwood dieback in 2015, structured the presentation to give nursery operators and landscapers the tools they need to recognize and combat the spread of the disease.

The training was divided into three sections: the brief but destructive history of boxwood dieback, how to properly identify it and preventative methods to control it.

“This disease doesn’t spare younger or more mature boxwoods,” Singh said. “Once it’s there, it’s not going to stop.”

Singh said the disease, which is caused by a fungal plant pathogen, is spreading at an alarming rate in the United States. It causes random dieback of twigs. Initially leaves turn light green, then become light tan as the disease progresses. It resembles other boxwood diseases, which is part of the problem when it comes to properly identifying and managing it.

Louisiana’s warm and humid climate provides fertile ground for the spread of boxwood dieback, according to Singh, who described it using a local analogy.

“The spores like it here; the weather is very welcoming,” he said. “It’s like we’re serving it a big bowl of jambalaya and it keeps coming back for more.”

The disease is spread through both roots and leaves, and spores can remain active for a while. Singh said it takes about 12 weeks to see symptoms if you know what to look for. Spores can spread through everything from wind-driven rain to leaf blowers and unclean, contaminated lawn equipment.

During the training, Singh showed the crowd examples of plants with problems that resemble boxwood dieback, including Phytophthora root rot, Volutella blight and Macrophoma blight as well as injury from high and low temperatures and herbicides.

Singh said the following are ways to control the spread — although at this point, there is no known way to fully eradicate it:

–– Remove and discard any diseased boxwoods.

–– Avoid overhead irrigation if possible; if not, irrigate before sunrise.

–– Preventative fungicide sprays, like Mural, Pageant and Orkestra, which can be costly.

If you suspect you may have boxwood dieback, send a sample to the AgCenter Plant Diagnostic Center for study.

“We work pretty quickly and can tell you in a day or two if you have it,” Singh said. 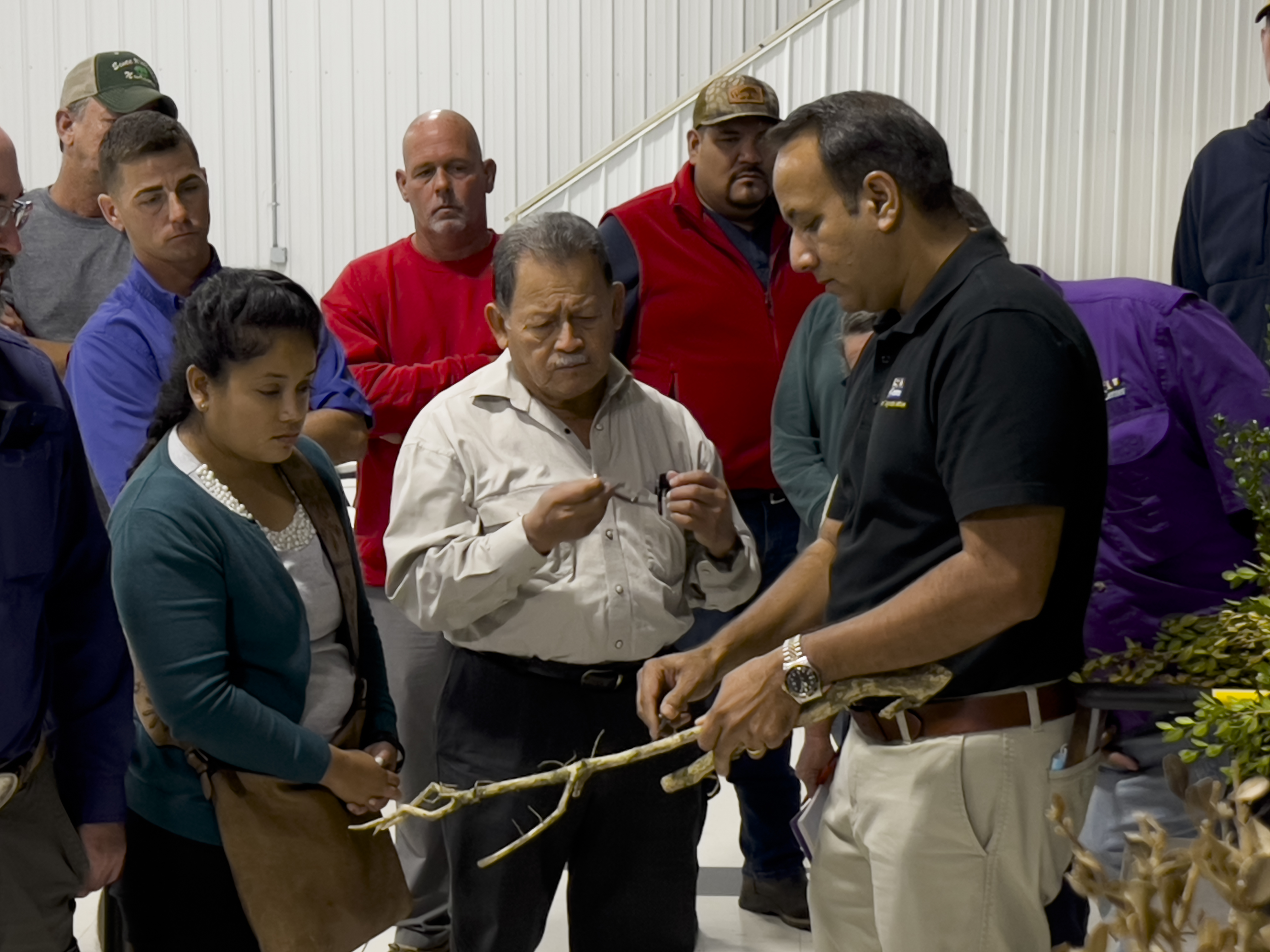 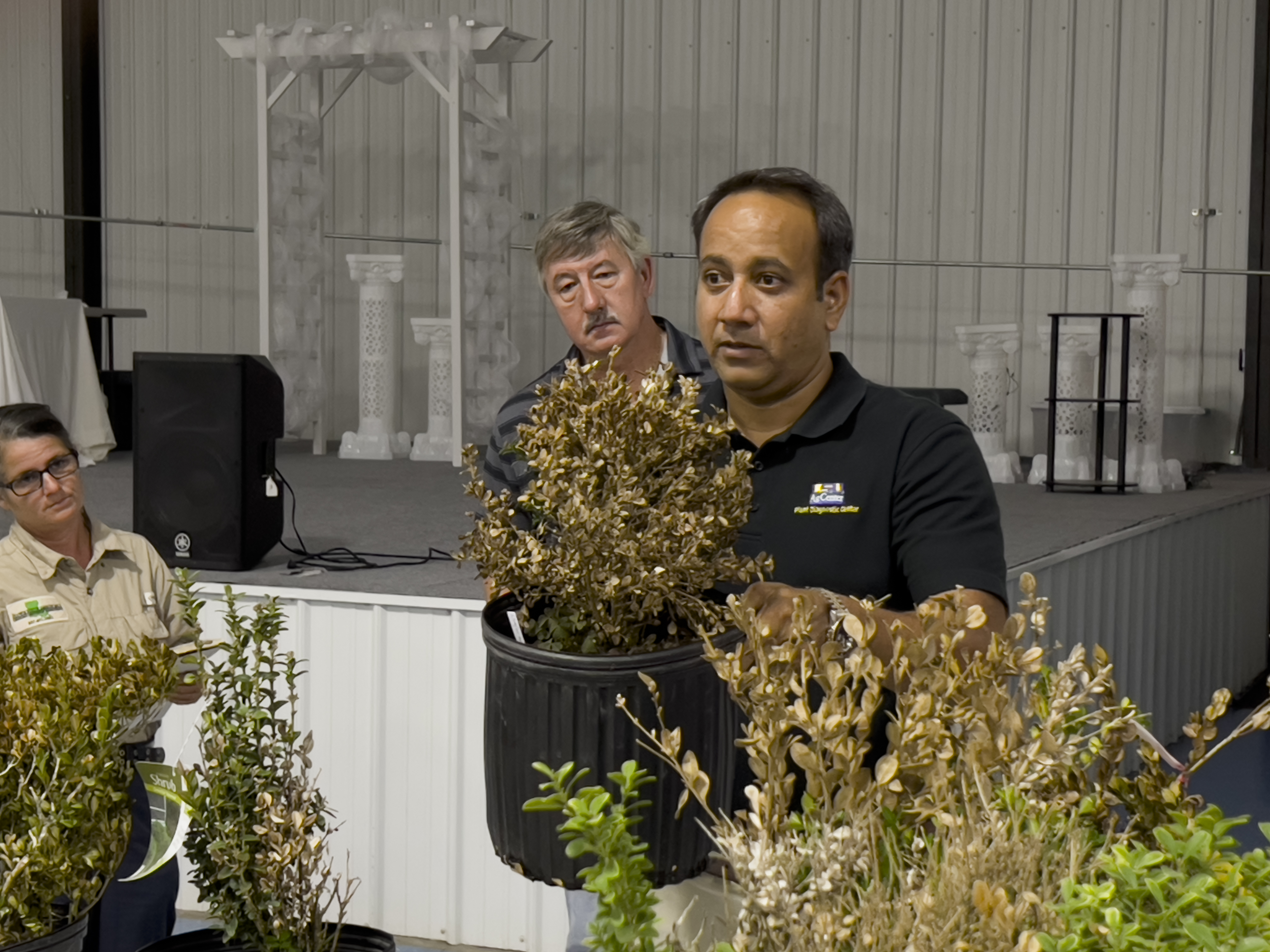