(10/19/21) BATON ROUGE, La. — Denver T. Loupe, a former LSU AgCenter vice chancellor who was a tireless advocate for Louisiana youth, has been posthumously inducted into the National 4-H Hall of Fame.

Loupe was one of 16 inductees who were honored at a ceremony Oct. 14 in Washington, D.C. His daughter, Stephenie Teichman, accepted the award.

“We are very proud to have our father recognized as a 2020 National 4-H Hall of Fame laureate,” Teichman said. “He believed the success of 4-H in Louisiana is a team effort and he would be proud of the volunteers who continue supporting the Louisiana program. We are especially delighted that he has been honored for exhibiting the values of 4-H, which he embodied throughout his life.”

Loupe, who died in 2019 at the age of 92, grew up on a sugarcane farm in Ascension Parish. He participated in the local 4-H club and, as a teenager, helped sell war bonds during World War II.

Loupe went on to serve in the U.S. Navy, attend LSU and work as a high school teacher. Eventually, he landed a job as an extension agent in St. James Parish and later advanced to the role of statewide sugarcane specialist. After earning additional degrees, he was named plant science division leader.

From 1978 until his retirement in 1993, Loupe was vice chancellor of the AgCenter and director of the Louisiana Cooperative Extension Service. In this role, he made 4-H a priority.

Among Loupe’s accomplishments are helping establish the Louisiana 4-H Foundation; ensuring there were at least two 4-H agents in every Louisiana parish; boosting funding for an array of programs for both 4-H youth and agents; spearheading renovations at Camp Grant Walker; and working with state education officials to make 4-H co-curricular.

Loupe was inducted into the Louisiana 4-H Hall of Fame in 2010.

“No one could outwork Dr. Loupe,” said Terril Faul, a former state 4-H program leader. “He never stopped and was fair to everyone.”

After retiring, Loupe and his wife established the Denver and Ferne Loupe Team Award, which the AgCenter and College of Agriculture present annually to recognize outstanding team performance. The couple also funded a fellowship that supports extension agents who are working on doctoral degrees.

One beneficiary of that fellowship was Paul Coreil, a former AgCenter vice chancellor who is now chancellor of LSU Alexandria.

“His mantra was team building, agent career advancement and work ethic beyond anyone I ever worked with,” Coreil said. 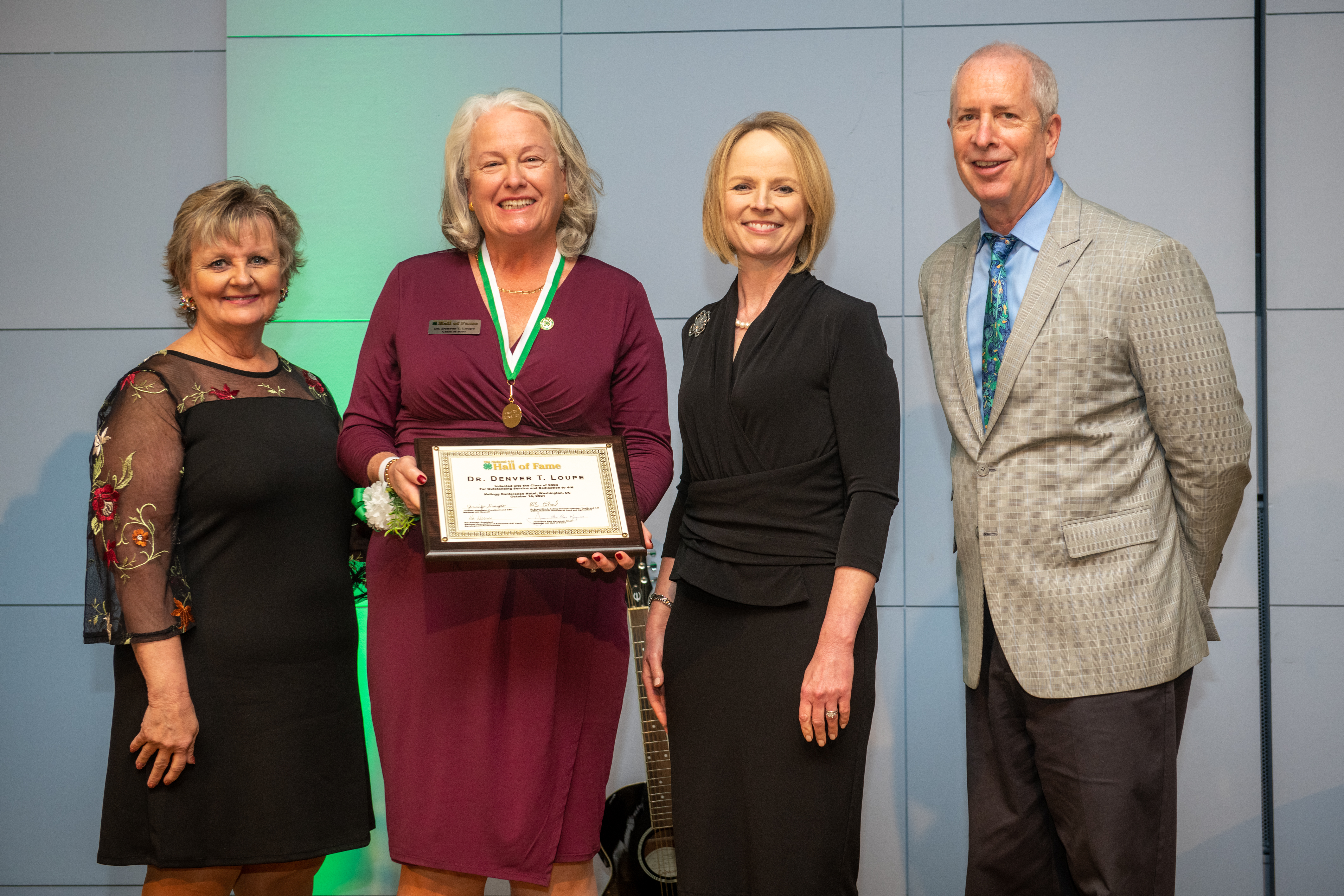