(08/10/21) ALEXANDRIA, La. — Attendees of the LSU AgCenter’s recent Agronomic Crops School got in the field with scientists for some hands-on lessons in pest control, crop management practices, new technologies and more.

The event, held Aug. 5 at the AgCenter Dean Lee Research and Extension Center near Alexandria, built on the concept of a traditional field day where experts provide updates on their projects and current issues in the industry. Instead of staying seated on the hay bale-lined trailers that carried them through the station’s fields, participants were encouraged to step down and take a look at the research and demonstration plots for themselves.

“The idea behind it was to drill down a little bit more,” said Tara Smith, director of the AgCenter Central Region. “The goal is for the producers, consultants and industry representatives that are here to understand a little more about the detail of the research that we’re conducting and actually see something tangible.”

About 70 people participated in the event. A day prior, 14 AgCenter agents from across the state attended their own version of the crops school — an experience Smith said was designed to help them expand their knowledge so they can better serve their local clientele.

Both iterations of the school included a tour of the station with the following stops:

— Plant pathologist Boyd Padgett showed attendees samples of plants affected by various diseases — many of which have been abundant during the rainy 2021 growing season — and asserted the importance of recognizing their symptoms. He also discussed a study he is conducting with soybean specialist David Moseley on how planting dates affect the crop’s susceptibility to disease.

— Moseley discussed his evaluations of soybean varieties and testing their performance when planted on different dates. Just two reasons why this work is important, he said, are that many soybean acres were planted late this year due to rain, and there is growing curiosity about whether very early-planted beans — meaning late March or early April in Louisiana — can offer competitive yields and quality.

— Engineer Randy Price and weed scientist Al Orgeron talked about ways farmers can use drones to gain different visual perspectives of their fields and, with some of the new drones hitting the market, to even make spray applications.

— Entomologist Sebe Brown showed live insects such as the corn earworm at different stages of development and samples of plants they had damaged.

— Weed scientist Daniel Stephenson gave a lesson on herbicide symptomology, asking participants to examine several cotton plots and to guess what treatment they had received. 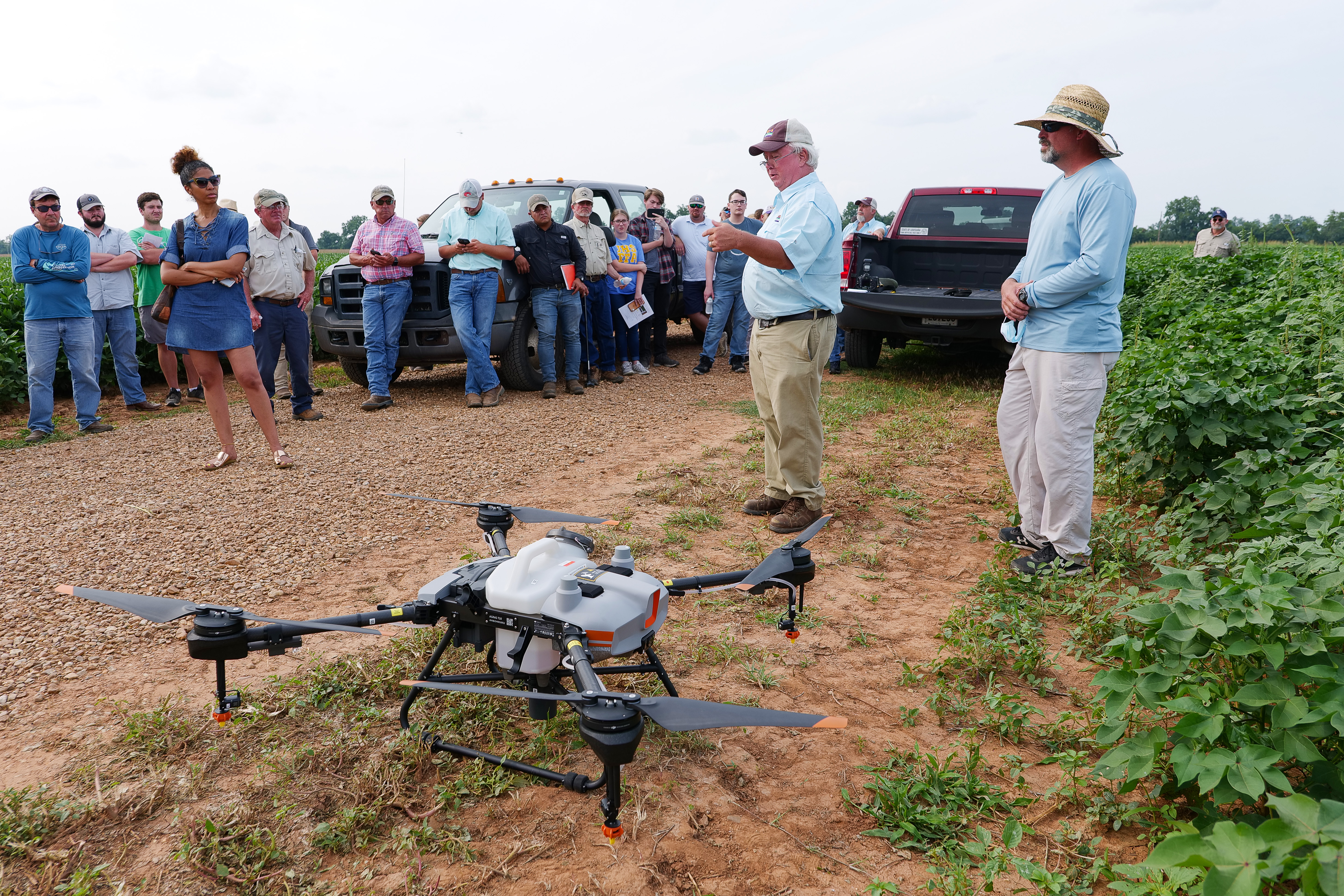 LSU AgCenter engineer Randy Price, second from right, speaks about a sprayer drone at an Agronomic Crops School on Aug. 5, 2021, at the AgCenter Dean Lee Research and Extension Center near Alexandria. AgCenter weed scientist Al Orgeron, who also is conducting work with the spray drone, looks on at right. Photo by Olivia McClure/LSU AgCenter 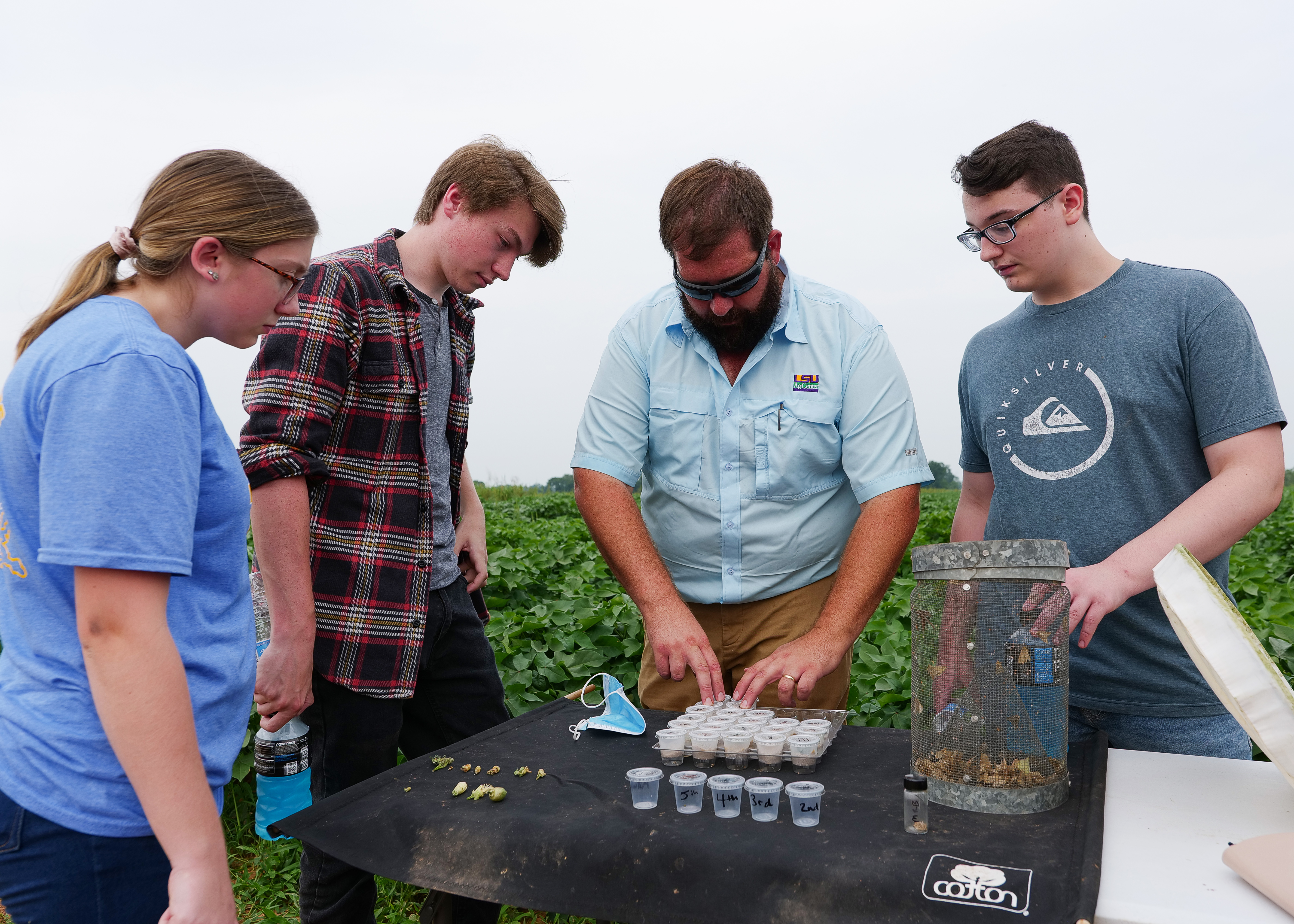 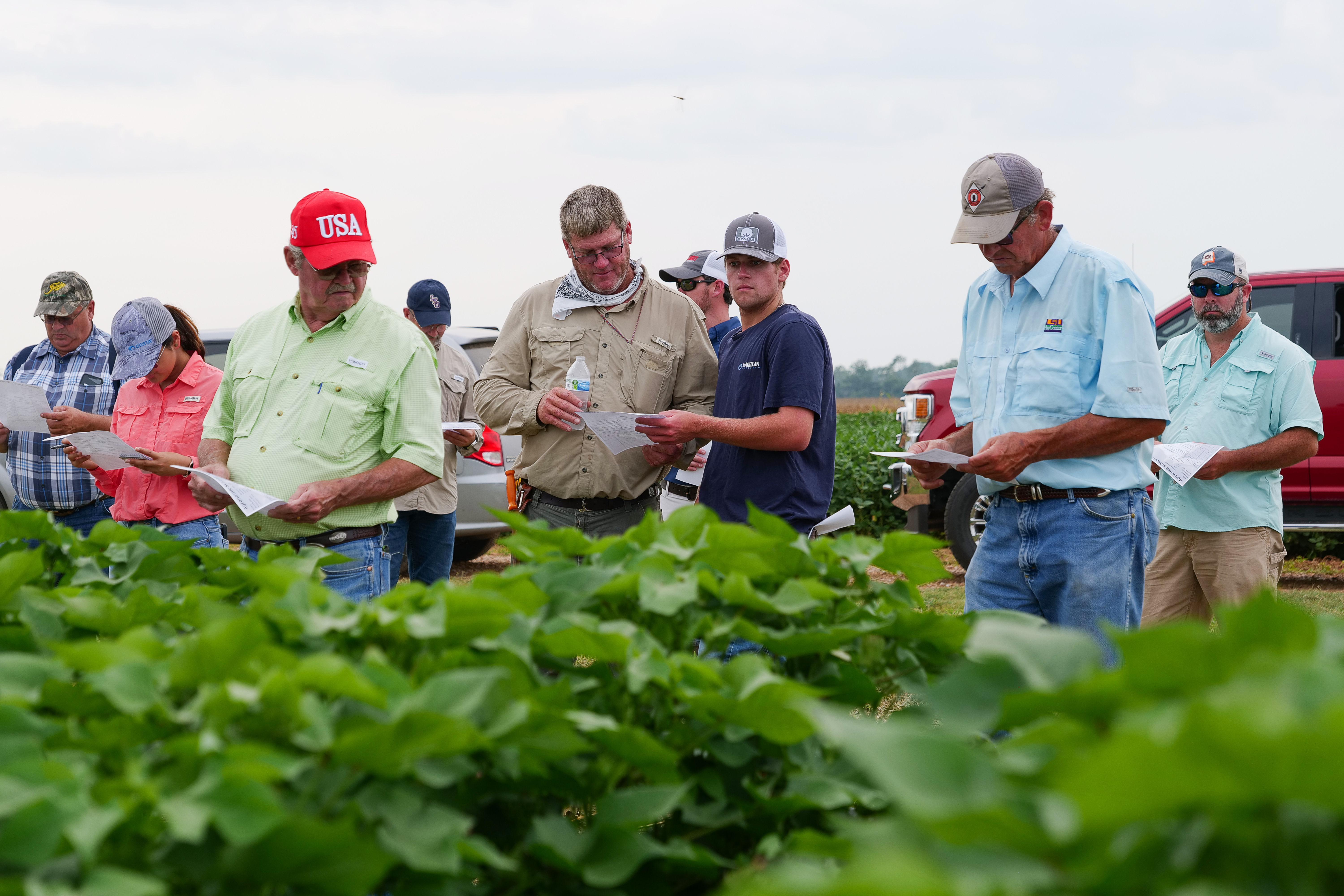 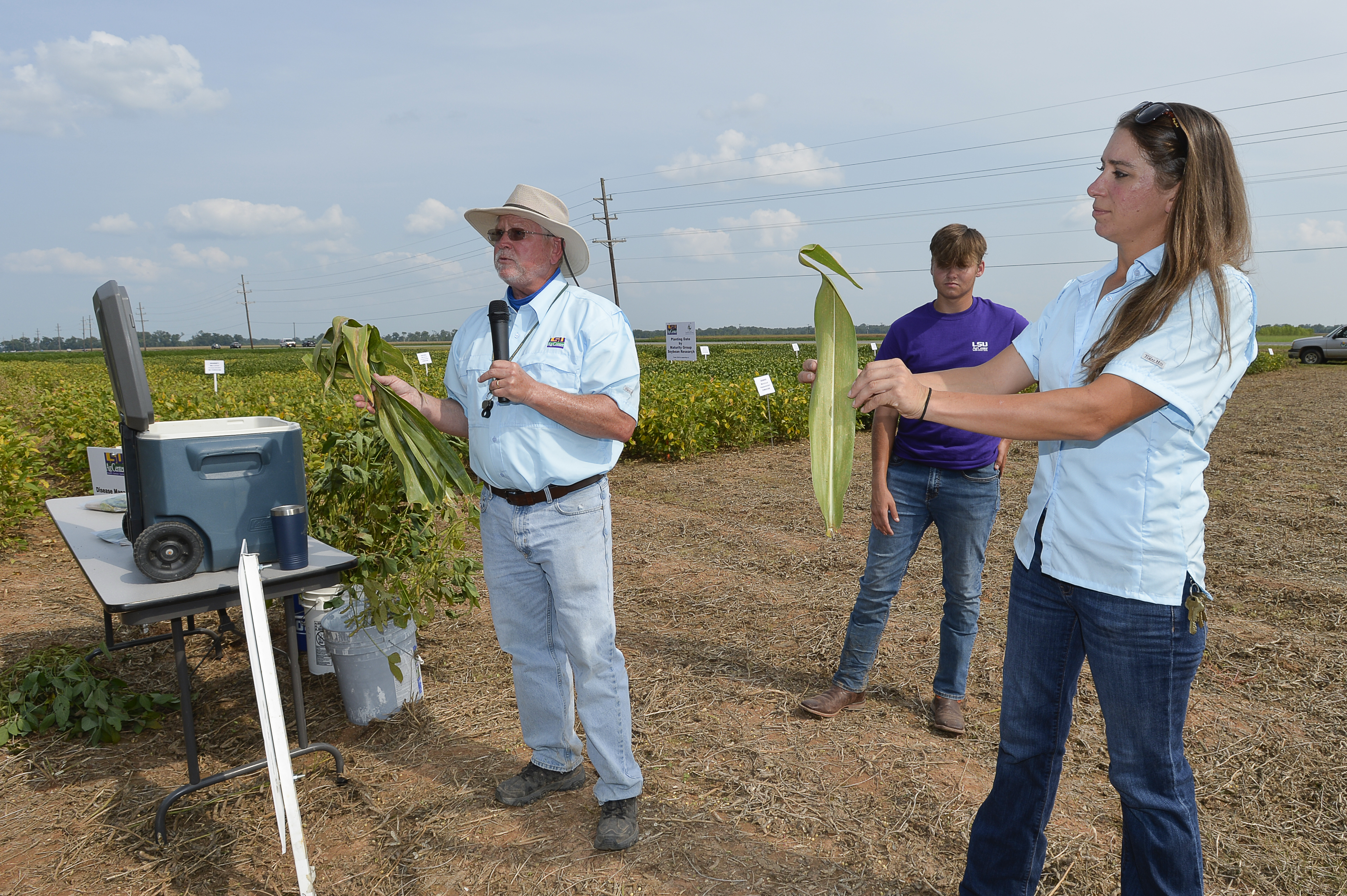