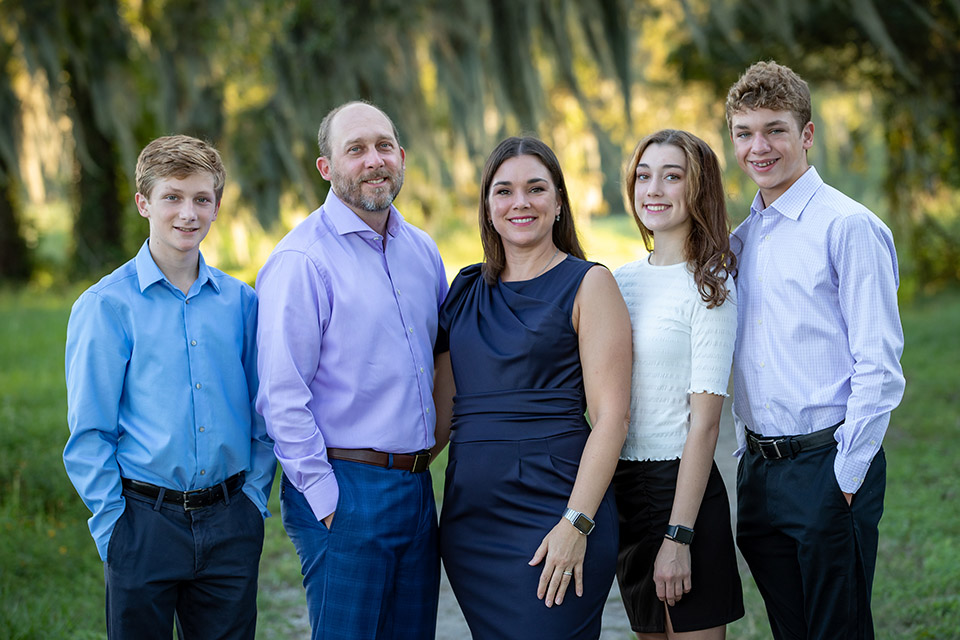 A devoted supporter of 4-H, Chris Mensman has raised funds for scholarships and helped support his daughter’s school-based club. Now he’s serving on the Louisiana 4-H Foundation board.

Yet Mensman didn’t become involved in 4-H until later in life.

“The big secret is that I wasn’t a 4-H youth,” he said. “My drive to support this movement is entirely because of my wife, Danielle, and the rest of the Brock family.”

The Brock family has long been committed to helping 4-H. Danielle Brock Mensman’s father, Larry T. Brock, died at 66 in April of 2011. Brock was a native of Chopin and resident of Pleasure Bend. He served as an LSU AgCenter county agent, taught agriculture internationally and served in the U.S. Army.

Brock had a generous heart and gave his all to his family and community. He was loyal to Jesus, loved joking around and was the heart and soul of his entire family. He always had the best hugs, good advice, a French expression and a beautiful smile. His son André followed directly in his father’s footsteps, now serving as St. John the Baptist AgCenter parish chair. Prior to this move, André served as 4-H agent in West Feliciana Parish for several years.

Chris, Danielle and André, along with their larger circle of family and friends, established the Larry T. Brock 4-H Scholarship Fund in December 2011. The fund supports 4-H members who are graduating high school and enrolling in any four-year college or university. These three family members have continued to support the scholarship endowment and annual awards and are faithful attendees of the Louisiana 4-H University scholarship awards banquet, where they enjoy meeting their father’s scholarship winner each year.

While witnessing his brother-in-law, André, advance through his career in 4-H, Chris also encouraged his own daughter to participate. She has grown to assume leadership roles that eventually led her to establish her own school 4-H Club. Proud parents Chris and Danielle are now free to volunteer their time and considerable efforts to 4-H fundraising and other LSU AgCenter initiatives.

Chris and Danielle reached out to the 4-H Foundation several months ago to ask how they could help more. There was an opening available on the board of trustees, and the group was quick to approve Chris’s nomination to join the Louisiana 4-H Foundation Board of Trustees.

4-H spans generations of engagement from devoted families, and Chris has already taken on leadership roles in fundraising by spearheading virtual evenings with Louisiana chefs and in management by agreeing to head our policies and procedures committee. Louisiana 4-H is delighted to further its relationship with the Mensman family with the mission to promote 4-H to the next generation of leaders.