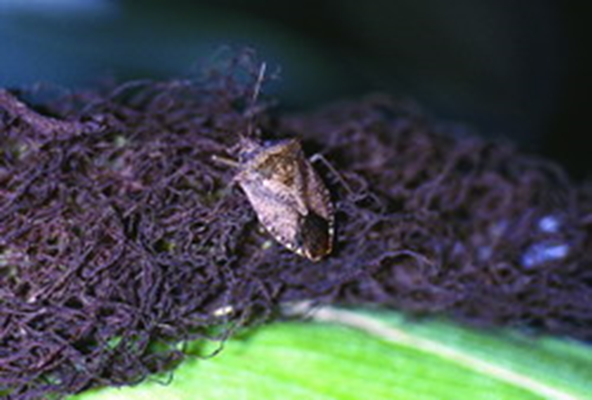 Figure 3. Brown stink bug on an ear of corn. 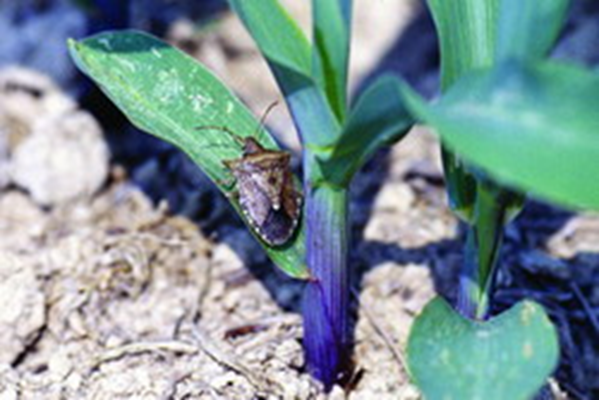 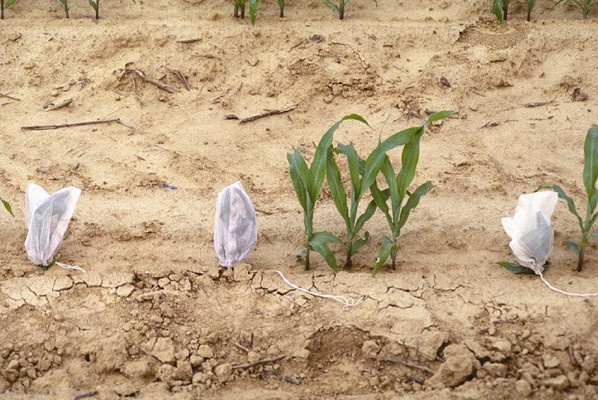 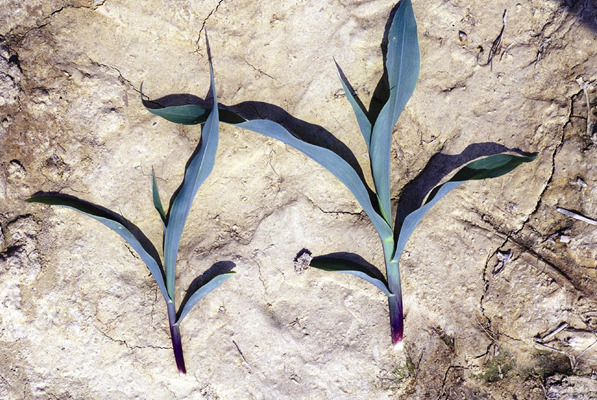 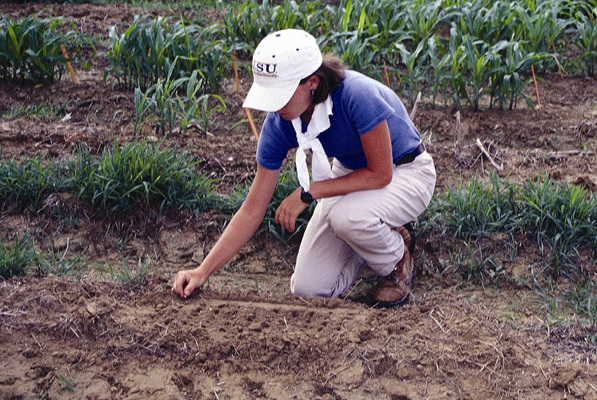 Researcher Melissa Willrich plants seeds in the plots created with the metal template. 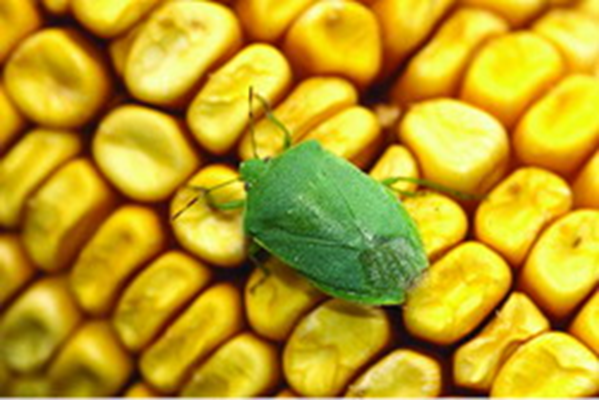 Figure 1. Stink bugs are most commonly associated with injury to corn ears. This is a southern green stink bug on an ear of corn. 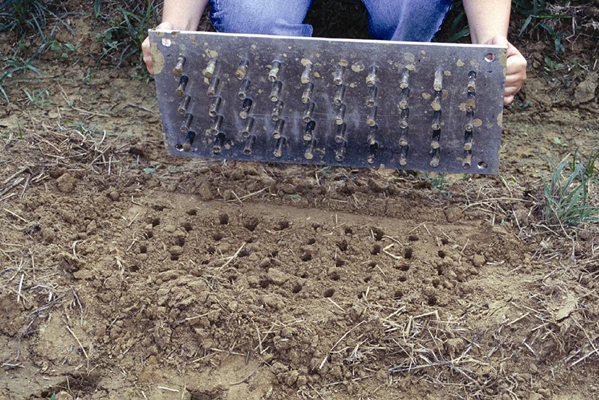 Figure 4. Field microplots were created by pressing a metal template onto a seedbed and then planting the seeds. 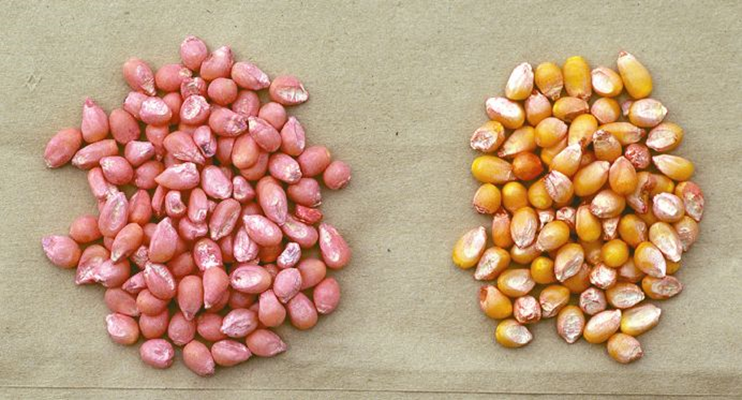 Because insecticides are coated on the seed and not applied to the soil, seed treatments deliver minimal pestcides into the environment, and calibration of insecticide application equipment is not required. At left are the treated seeds.

In Louisiana, southern green stink bugs and brown stink bugs (Figures 1, 2 and 3) have become common pests of corn, cotton, grain sorghum, soybean and wheat. In corn, an infestation can cause injury to the plant from seedling emergence through ear formation and grain development. Seedlings punctured by stink bugs exhibit small holes surrounded by localized dead tissue.These symptoms are most evident when new leaves emerge and completely expand from the center of the plant. Sufficient feeding on young corn may kill a plant or cause tillers to grow at the base of the plant. Tillers divert water, nutrients and light from the stalk and ear.

From 2000 to 2003, LSU AgCenter researchers evaluated the efficacy of neonicotinoid insecticides against stink bugs when applied to corn seed as a seed treatment. The neonicotinoid class of chemistry has become widely used against agricultural and urban pests because of its specificity to insects and safety to humans, livestock and pets. Seed treatments have become a popular method of delivering crop protection products for control of early-season crop pests. This method has several advantages over in-furrow and foliar application methods. Because insecticides are coated on the seed and not applied to the soil, seed treatments deliver minimal active ingredient of pesticides into the environment, and calibration of insecticide application equipment is not required. Additionally, many of these products are systemic and translocate throughout the plant, thereby providing a system that protects seedlings.

Field microplots were created by pressing a metal template onto a seedbed and then planting the seeds (Figure 4). Stink bugs (one brown stink bug or southern green stink bug adult per plant) were caged on corn seedlings at the V2 growth stage, when the collar of the second leaf was visible, to the V4 growth stage, when the fourth leaf was visible (Figure 5 and Figure 6). Stink bug mortality was evaluated at 120 hours after infestation and corrected for natural mortality that occurred on nontreated corn seed.

Clothianidin-, imidacloprid- and thiamethoxam-treated corn seed resulted in similar mortality of southern green stink bugs, regardless of application rate. In contrast, a positive rate response to clothianidin and imidacloprid was observed for brown stink bugs.

High rates of clothianidin and imidacloprid (1.25 and 1.35 milligrams active ingredient per seed) are unlikely to be used in Louisiana. These rates are most economical for management of corn rootworm in the Midwestern states. In Louisiana, low to moderate rates of neonicotinoids are effective against other early-season pests, including chinch bugs and fire ants.

Field corn producers must make several key decisions before planting. Historically, primary considerations were for high-yielding varieties adapted to the local environment. Today, however, corn seeds have become effective, multi-component delivery systems. Growers can select seeds that demonstrate insect- and herbicide-resistant traits and have on the seed coat pesticides that protect against diseases and insects. The neonicotinoids offer an alternative to conventional soil-applied pesticides and will improve the efficacy and efficiency of integrated pest management programs in corn.