In the past, the care and feeding of the dry cow was not a high priority in dairy herds. Dry cows were often neglected and placed on the "back forty" to fend for themselves. Today, dry cow management is an integral part of total herd management. In fact, the 50- to 60-day dry period could be the most critical phase of animal care especially for minimizing cow health problems, boosting milk production and improving calf survival. There are five keys to maintaining an excellent dry cow program.

Length of the Dry Period
Research has shown that a dry period of 50 to 60 days appears to be the most economical and optimum for health, reproduction and milk production. Short dry periods of less than 40 days will reduce milk production in the upcoming lactation and can lead to more metabolic disorders. Dry periods of 70 days or longer have no added benefit for milk production and clearly reduce herd profit, because of the added cost of maintaining a non-milking cow. Obviously, there are some cows that will have dry periods longer than 60 days due to reproductive and(or) nutritional problems during the previous lactation. To have fewer metabolic or nutritional disorders after calving, care should be taken not to over-condition these cows. The dry period is a time of rest and rejuvenation, not only the mammary gland, but also for the digestive system of today's higher producing cows.

Dry Cow Mastitis Therapy
Dry cow mastitis treatment is the most important management tool in preventing mastitis. The primary function of dry cow mastitis treatment is to eliminate bacterial infections that were contracted during the lactation. The second purpose of dry cow therapy is to prevent new infections from occurring during the dry period. At the time of drying off, all four quarters of the cow's udder should be infused with an approved dry cow treatment. Milking should be stopped abruptly instead of prolonging the agony by intermittent milking for a few days.

Body Condition
In order to produce up to their genetic potential, a high producing dairy cow must have adequate body stores from which to draw on during early lactation. At drying-off, the cow should have a body condition score of about 3.5 on a scale of 1 to 5, with "1" being a very thin cow and "5" being an extremely obese cow. Late lactation is the optimum time to replenish body stores lost during early lactation; therefore, the dry period should only be used to maintain body condition. If cows dry off in less than desirable condition (less than 3.5), then an attempt can be made to add some condition during the dry period by having a separate group of low condition cows that can fed a more nutrient dense ration. These cows can also be moved to the close up group sooner. However, if cows are dried off in excess condition (4.0 to 5.0), it is actually more desirable to try to maintain condition in these obese cows rather than trying to reduce condition during the dry period. Research has shown that putting cows on diets during the dry period will cause them to mobilize adipose tissue in order to maintain energy balance. This can lead to more fatty livers and ketosis, thus creating the very problems you are attempting to avoid. Body condition scoring of the milking herd and dry cows on a routine basis is another management tool that can help you to manage your herd more effectively. Additional information on body condition scores can be found later in this report in the paper, "The Effects of Condition Score on the Performance of Early Lactation Holstein Cows".

Housing
At dry-off, cows should be separated from the lactating herd. Ideally, this concept should be extended to include maintaining two groups within the dry group --- an early or "far-off" dry group and a "close-up" group (two to three weeks before calving). The major reason for maintaining two groups separately is nutritional. Differences in dry matter intake and nutrient needs between early dry cows and close-up dry cows necessitates rations with different nutrient densities. Unlike those for early dry cows, close-up dry cow rations often contain ingredients more like those of the early lactation ration. This facilitates going on feed, increasing peak milk and avoiding metabolic and nutritional disorders after calving. Also, the dry cows should be housed in a pasture or lot that is clean and well-drained, that is not muddy or overcrowded, and that can be observed easily several times each day. This will help to improve the health and overall well-being of both the cow and the calf.

Nutrition and Feeding Management
The nutrition and feeding management phase of the dry cow program is probably the most important component of the whole program. The objective is to formulate and feed a ration that, based on the dry cow’s expected dry matter intake (early dry 1.8% to 2.1% BW; close-up dry 1.5% to 1.75% BW), will meet the cow’s nutrient needs during the dry period. The diet can be divided into two components, forage and concentrate. The forage should form the basis of the diet with the concentrate portion added to compensate for the inadequacies of the forage for meeting the other nutrient needs of the dry cow.

The forage level in the dry cow ration should be a minimum of 60% of the total ration dry matter. Feeding good quality, long-stemmed, grass hay free-choice is ideal for dry cow rations. Grass hay keeps the rumen functioning properly by maximizing rumen fill and volume, maintaining rumen muscle tone, promoting salivation and aiding in restoring and healing of the rumen wall lining. Because of their high calcium and potassium content, feeding high quality legume hays, such as alfalfa, as the sole forage should be avoided. Legume hay feeding may also lead to over-feeding of energy and(or) protein. Because of its energy content, corn silage should not be fed as the sole source of forage for dry cows. Corn silage should be limited to a maximum of 40% of the total ration dry matter. For instance, a 1300-lb Holstein dry cow consuming 26 lb of dry matter could be fed 30 lb of corn silage (35% DM).

A grain mix should be formulated to meet the nutrient needs of the dry cow that are not supplied by the forage portion of the ration. To assure proper intake of the minerals, it is desirable to incorporate the needed minerals into the grain mix instead of offering them free choice. Buffers and salt should not be fed to dry cows, because of the increased likelihood of udder edema. Salt can be fed to the early dry group at a rate .25% of the total ration dry matter. Because of their role in the development of milk fever, probably the most discussed and researched minerals in dry cow nutrition are calcium and phosphorus. Current recommendations suggest feeding a ration containing less than 100 grams of calcium and 40 grams of phosphorus to reduce the incidence of milk fever. Another alternative is to feed anionic salts.

Lead feeding during the close-up period is a good concept in theory, but it is impractical and awkward unless you can individually feed cows. Another strategy of feeding during the close-up period is called "steaming up" or transition feeding. This is achieved by formulating a diet that includes all of the forage and concentrate ingredients in the milking cow ration, excluding buffers and salt. Compared with the early dry cow ration, this method usually involves increasing the concentrate portion and decreasing the forage portion of the diet. Thus, the non-fiber carbohydrates, or NFC (starches and sugars), are increased and the neutral detergent fiber (NDF) in the ration is decreased. This is basically what has been done for years to help prepare the rumen for the more concentrate dense ration that will be fed after calving. The increased level of concentrate increases the development of the rumen papillae that function to absorb the fatty acids produced during fermentation. In addition, fat cows and cows on low-energy diets during the close-up dry period are less sensitive to insulin when they freshen. This temporary "diabetes" leads to excessive mobilization of body fat at freshening resulting in fatty liver and ketosis. Grain feeding in the transition period gets the cow’s hormonal system used to the higher levels of glucose and energy which greatly reduces the incidence of these metabolic disorders, once the cows begin consuming the lactation ration.

In recent years, the inclusion of fat and the level and source of protein fed in transition diets has received considerable attention. The addition of supplemental fat to the transition ration increases the energy density of the ration and allows the cow to acclimate to the presence of fat, which will likely be in the lactation ration. There is some past research that suggests that increasing the level of protein by 2 to 3 percentage points above the NRC recommended level or increasing level of bypass protein (UIP) will reduce the risk of metabolic disorders. However, the results of more recent trials suggest that increasing the ration bypass protein may not increase subsequent lactation performance. The general recommendations for a transition ration are: 14 to 15% crude protein, 33 to 38% UIP (% of CP), 67 to 71% TDN, a minimum of 21% ADF and 32% NDF and a maximum of 40% NFC. 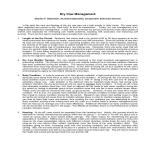