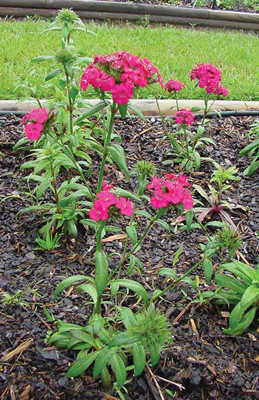 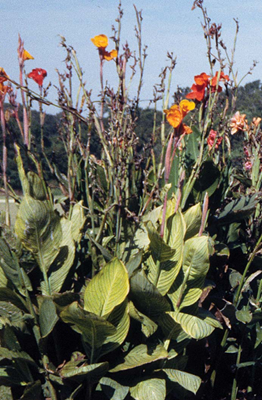 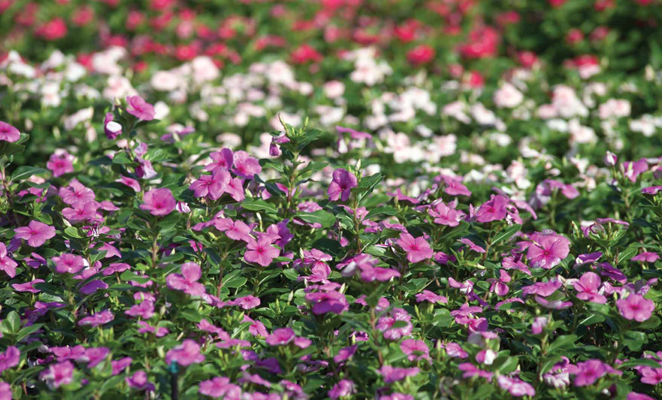 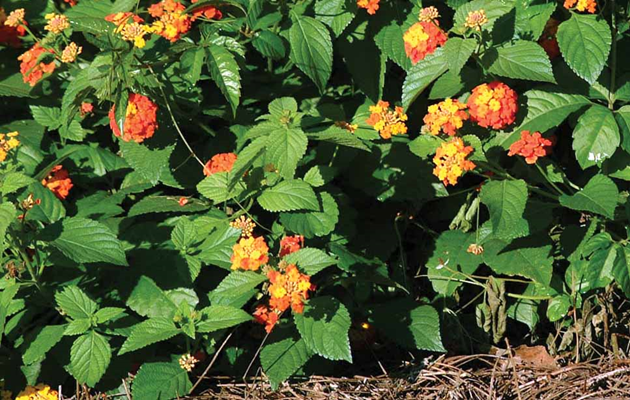 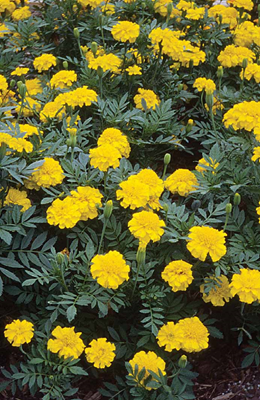 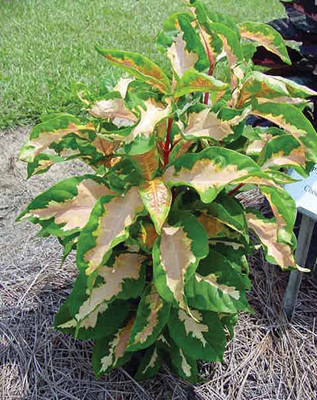 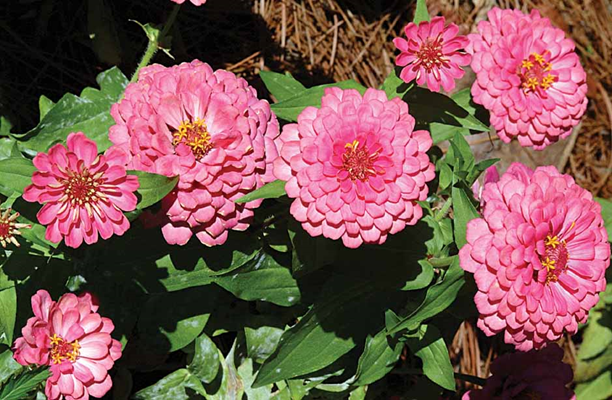 The LSU AgCenter has been conducting landscape performance trials on many annual bedding plants and non-woody perennials for 10 years. These trials are now at the new Ornamental and Turfgrass Research and Extension Facility at Burden Center in Baton Rouge.

Lantanas
The standout performers among new lantanas is the Son series from Jim Covington at Clinton Nursery in Clinton, Miss. The Son series includes Sonrise, Sonset, Samson and Sonshine. Sonrise was the first release in the series and a Mississippi Medallion winner in 2003. Sonrise has golden yellow flower clusters that change into rosy pink or reddish orange and then finish magenta. Sonset is a mutation of Sonrise and has deeper vibrant red and purple blooms. Both of these varieties reach spreads and heights of 4 to 5 feet and have good cold hardiness. Samson is lower-growing and more spreading and has gold and orange flowers. The newest Son series lantana is Sonshine, which has two-toned yellow and light yellow flowers on plants reaching heights of 3 feet with a spread of 5 feet.

The Morning Glow series from Bodger Botanicals and Patriot series from American Daylily and Perennials have been evaluated over the past couple of years. The Morning Glow series is an upright grower with good vigor and flowering but lacks the cold hardiness of some other varieties. Most varieties in the Patriot series are average to slightly above-average performers.

Interest continues in perennial verbenas, and the Princess series was the top performer in AgCenter trials in 2003 and 2004. Varieties in the series include Princess Dark Lavender, Princess Dark Rose, Princess Blush and Princess Blue, also known as Biloxi Blue. Longevity in the landscape, extended bloom time and fewer foliar disease problems were characteristic of this series when compared to several others evaluated. The Aztec series from Ball FloraPlant is also worthy of use in Louisiana.

The Profusion series of zinnias has been around for about five years and includes some colors that have been All-America Selection winners. Orange, white and cherry were the first three colors released in the series, with Profusion Orange being the most reliable of the three. New in 2004 were Profusion Fire and Profusion Apricot. These performed well and are comparable to Profusion Orange in vigor and flowering. The Profusion zinnias were affected by bacterial petal blight in 2004.

Dianthus
The newest dianthus worthy of mentioning is the Amazon series. These prolific flower producers should be planted in September, October or November. Plantings will last until mid-May in the Baton Rouge area. Colors available in the Amazon series are Rose Magic, Purple, Cherry and Neon Duo. Amazon dianthus are hybrids from Pan American Seed.

The Victory series of vinca from Sakata Seed and the new Titan series of vinca from Pan American Seed are the two main newer vinca included in AgCenter trials. Titans have larger flowers when growing in cell-packs in the greenhouse, but flower size has not necessarily held up in the landscape. Choanephora flower spot blight appeared in the fall of 2004. We normally avoid typical root rot and blight problems on vinca by planting late in the spring (early May), maintaining an acid soil pH, practicing sanitation in the landscape bed and managing irrigation.

Sun and shade coleus
Just when we thought new coleus would no longer be introduced, along came the Kong series in 2004. These coleus plants look like sun coleus with their big, vibrant foliage but need partial shade to full shade for the best landscape performance. Kong coleus are available in rose, mosaic, red and scarlet. The Solar series is still a great sun-loving coleus group. Also, New Orleans Red is a Louisiana Select winner and Mississippi Summer Sun (Razzle Dazzle) is a Mississippi Medallion winner. The Aurora series of coleus from Ball Flora Plant includes Aurora Black Cherry, a terrific performer.

Spring and fall plantings of African and French marigolds have been studied the past few years. Most people now say that a mid- to late-summer planting of marigolds will out-perform a spring planting of marigolds. The large-growing, bigger-flowered African marigold plants are not as reliable as the smaller-growing, smaller-flowered French marigold plants. In 2004, Choanephora flower blight was the main disease observed on marigolds and was much more prevalent on the African marigold varieties.