Background: To increase farm revenue, fruit and vegetable producers throughout Louisiana are or are considering offering “events” located on their farm. A popular method for attracting the public to the farm is by growing corn mazes and pumpkin patches in the Halloween and Thanksgiving season. Corn is easily grown in Louisiana, but pumpkins are slightly more difficult. Leaving the majority of pumpkin patch producers growing vines and supplementing fruit yields with pumpkins purchased from out of state.

Objective: The objective of this study was to find a Jack-o-lantern type pumpkin variety that can withstand Louisiana’s environmental conditions and yield a reasonable number of pumpkins to justify production costs.

Data collected was from 3 harvests between the dates of September30, 2016 to October 27, 2016. Data collection was cut off at Halloween to represent potential yields when prices remain high. Total Yield per acre assumes no skip rows were used. 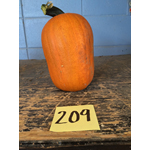 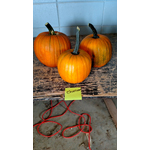 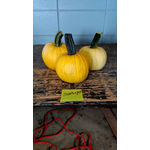